Have a look at Nvidia's RTX 4090 Founders Edition graphics card

Nvidia's hosting their "Geforce Beyond" special broadcast later today, where the company plans to reveal their RTX 40 series of graphics cards. Ahead of this reveal Videocardz has released an image of Nvidia's RTX 4090 Founders Edition graphics card, the GPU that is expected to act as the company's RTX 40 series flagship.

Below, we can see that Nvidia's RTX 4090 design is similar to Nvidia's existing RTX 3090 and RTX 3090 Ti models in terms of its heatsink design, offering users a triple-slot cooling solution that features two fans. Nvidia's new RTX 4090 appears to have larger fans than its predecessor and appears to use a new Geforce font design for its RTX 4090 lettering. 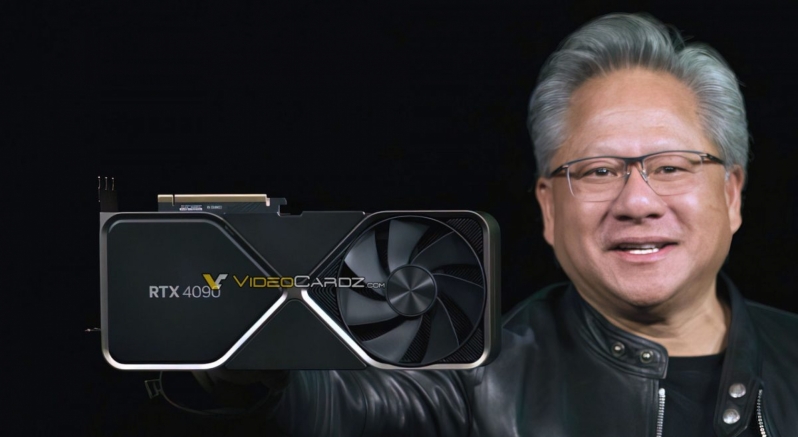 Nvidia plans to start their Geforce Special Broadcast at 4 PM BST today. Here, we should see Nvidia reveal the pricing, specifications, and release date of their upcoming RTX 4090 graphics card. Nvidia are also expected to reveal their RTX 4080 at this event.

You can join the discussion on Nvidia's RTX 4090 Founders Edition graphics card on the OC3D Forums.