Nvidia's Ada Lovelace flagship could have an crazy 800W TDP

Rumour has it that Nvidia's working on a flagship "Ada Lovelace" graphics card that sits beyond Nvidia's planned RTX 4090 graphics card. This GPU is reportedly using a new board design called PG137, and could be a next-generation RTX TITAN series graphics card.

According to the leaker @kopite7kimi, Nvidia's flagship next-generation CPU (called "The Beast") will feature 48GB of 24Gbps GDDR6X memory, 18,176 CUDA cores, and a TDP of 800 watts. This gives Nvidia's so-called "The Beast" GPU two times as much VRAM capacity as Nvidia's RTX 3090 Ti, memory modules that are 14.2% faster, and 69% more CUDA cores.

With a TDP of 800 watts, Nvidia's "The Beast" GPU will likely ship with two 12+4-pin PCIe 5.0 power connectors. Today, the only graphics cards to do this are ultra-high-end overclocking-oriented graphics cards like EVGA's RTX 3090 Ti KINGPIN.

At this time, it is unknown if this rumoured GPU model will be. It could be an RTX 4090 Ti, a new RTX TITAN, or something completely new from Nvidia. Beyond that, it remains to be seen if Nvidia is crazy enough to even release a graphics card with a TDP that's approaching a kW. 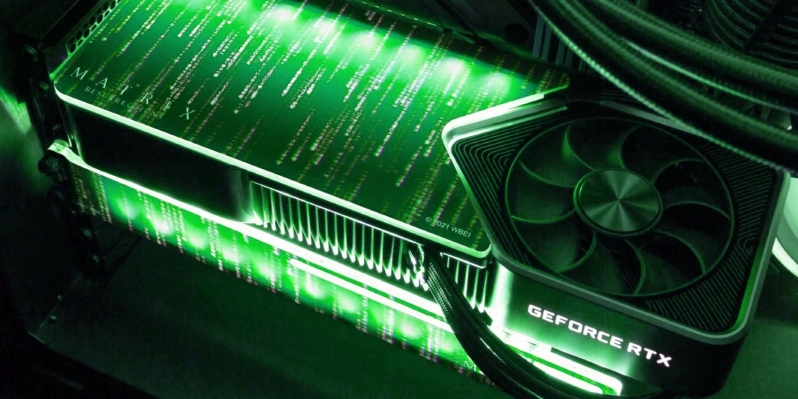 As always, GPU rumours should always be taken with a grain of salt. While these rumoured GPU specifications are impressive, they sitting within crazy territory in terms of both power consumption and VRAM capacity. Cooling an 800W graphics card would be a very challenging task, and not many workloads can justify using having 48GB of VRAM. That said, every TITAN-class card from Nvidia has always arguably had too much VRAM at launch.

You can join the discussion on Nvidia's crazy "the beast" GPU rumours on the OC3D Forums.

Avet
Why wouldn't they release it? 3090 was an epic success. 500+W on AIB cards they sold almost all of them. And they will sell every single RTX4090 Beast edition.

Do you know why? Because since HD 7970, which was more than a decade ago, no one has beaten them. And they can do and release whatever they want and whenever they want.

And while you may argue AMD cards are still good they are not. Over 200 titles and counting more everyday support DLSS which is objectively better than AMD's FSR which supports 110 games.

If you want to play RT games it is Nvidia only.

Blender dropped AMD support, it is CUDA and OptiX only. All other render engines are pretty much Nvidia only.

Until someone beats Nvidia or at least catches up with them they can release 2000W GPU and PSU makers would race to Jensen with their new designs so that the Lord himself will approve their models as worthy enough for the new fastest GPU. And people will wait in lines to buy them.

All of this was said 100 times over for Intel over the past decade. And until AMD made Ryzen Intel could do anything, and sell everything.

We need a Ryzen GPU.Quote

Dawelio
Quote:
How ironic would it be if that GPU came from Intel?

Avet
Quote:
Intel is probably the only one who could do it. Although AMD has done some amazing stuff the Radeon Technologies Group probably has less staff than Nvidia's software division.

Even though Alchemist GPUs are not that impressive now Intel definitely has a bigger ego than Nvidia. They are not coming into the game with a plan to be second best.Quote

Dawelio
Quote:
Yeah, I was being a bit sarcastic, but the irony of it would be that Intel got beaten by AMD with ther Ryzen. Now if Intel would beat Nvidia in the future with GPUs, then the circle has gone full round essentially

meuvoy
Quote:
As long as this circle kept turning it would be beautiful.Quote
Reply