Ready for some full-fat TU102 action?

With a price tag of £2,399 in the UK and $2,499 in the US, the Geforce Titan RTX ships with a 2x price increase over the RTX 2080 Ti Founders Edition, packing a 4% boost in listed boost clock speeds, a 5.8% increase in CUDA core count and a 9% boost in memory bandwidth. Combining this with the Titan RTX's 24GB frame buffer delivers Nvidia's most powerful graphics card to date, at least for the "gaming" market (The Titan V offers a lot more double precision compute performance).

When compared to the RTX 2080 Ti, the Titan RTX ships with a similar cooler design that packs golden colouration, matching Nvidia's Volta-based Titan V. Outside of its performance, the selling points of the Titan RTX is its large 24GB frame buffer and the pseudo workstation qualities that the Titan series is known for, offering a lot of value to select users. 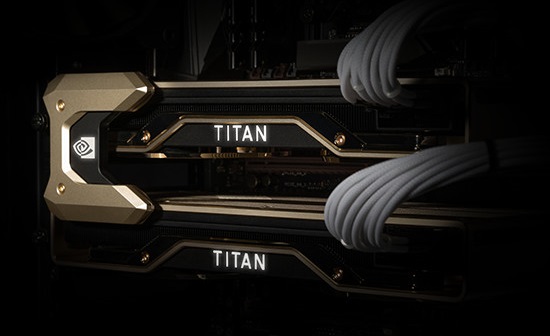 You can join the discussion on the Nvidia Titan RTX becoming available for purchase on the OC3D Forums.

Dicehunter
You'd have to be seriously touched in the head to buy this.Quote

Damien c
Quote:
You buying 2 then

Jokes aside I do agree with you, if you bought this strictly for gaming then you would need to go see a doctor, because you are just nuts.

The 2080Ti is already stupidly priced, yes nVidia need to try and recover some of the money spent on development but seriously there pricing is just getting almost as bad if not worse than Apple and that is saying something.

My 1080Ti will last me for a few years yet I think, the only 2 games that I intend to buy are Anthem which runs fine on my system

grec
I think 90% of these will end up getting sent to developers for testing(RTX/MI features, optimisation, ect, easier to have a little headroom when using original textures and models and then trim down/compress/optimise from there), I think that's where most of their recent Titan's have been targeted at.Quote

kdawgmaster
Quote:
Unless their giving them the card for free likely not. BioWare Edmonton orders from a store I use to work at and they get the 2070 with only a few 2080ti's and some Amd cards. They order these machines by the pallet and some are shipped off to other EA Devs.Quote
Reply