Overwatch 2 launched yesterday, and Nvidia has been quick to showcase how well their new RTX 40 series graphics cards can run the game on PC. With their new RTX 4090, Nvidia has showcased an average framerate of 507 FPS in Overwatch 2 at 1440p Ultra settings, and incredibly low latencies.

In competitive games, Nvidia's Reflex technology is one of Nvidia's flagship features, as decreased game latencies can give players competitive advantages. 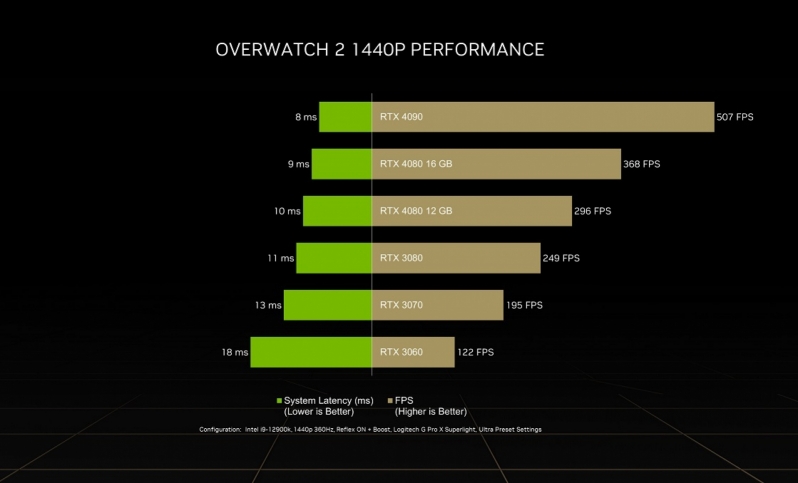 Nvidia Reflex and why latency matters

Nvidia has been pushing latency as one of the most important metrics when judging someone's gaming experience. Traditionally, gamers can reduce the latency of their games by increasing the framerates at which they game at. Higher framerates require shorter rendering times, and shorter rendering times decrease the amount of time that it takes for your actions and new information to appear on screen.

With Reflex, Nvidia has given developers a way to decrease the latencies of their games on GeForce hardware. This allows gamers to access the benefits of decreased game latencies without needing hardware that is powerful enough to play their games at obscenely high framerates.

Lower latencies give gamers a competitive advantage, enabling them to get more kills in competitive shooters and better support their teams in other titles. 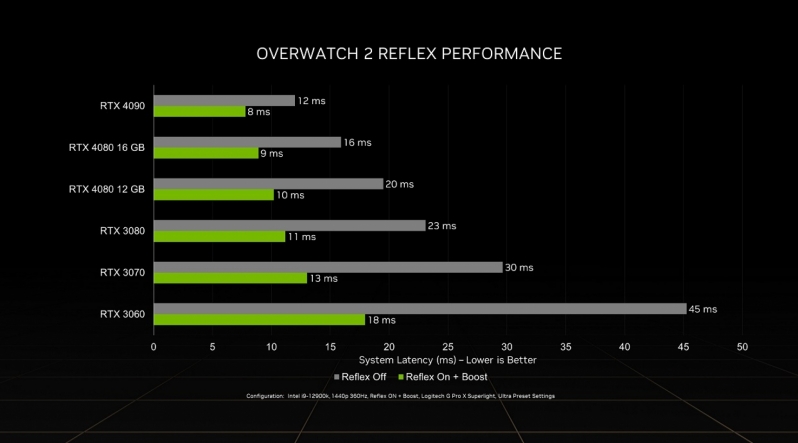 It is worth noting that Overwatch 2 is a game that lacks support for Nvidia's DLSS technology and lacks support for ray tracing. Overwatch is a game that is designed to run at high framerates, and that means that it does not use overly demanding graphical effects like ray tracing. Ray tracing and AI are the areas where Nvidia's RTX 40 series have delivered their largest performance leaps, making their generational performance gains look lacking in non-AI and non-ray traced games like Overwatch 2.

You can join the discussion on Nvidia's Overwatch 2 performance numbers on the OC3D Forums.