Oculus' Quest 2 Business puts a price on privacy, and it's steep!

Oculus' Quest 2 Business puts a price on privacy, and it's steep!

Oculus' Quest 2 headset is easily the most popular VR system on the market, offering users a standalone VR experience and full PCVR capabilities. The Quest 2 effectively replaced the Rift series, delivering both standalone VR and high-end VR within a single, affordable package. For £299, the Oculus Quest 2 has proven itself to be a great VR offering; but that low price tag comes at a cost.

Facebook owns Oculus, and since the launch of the Quest 2, new Oculus users require a Facebook account. Facebook isn't exactly a privacy-friendly company, and a lot of people are convinced that Facebook sells their Quest 2 headsets at a loss to encourage widespread adoption. Facebook allegedly earns these losses back through software sales and data collection, but business users can pay a premium to opt-out of Facebook integration.

Oculus' Quest 2 for Business headset is a 256GB VR headset which ships with pre-level support and without Oculus' Facebook account requirement. The headset costs $799 in the US, double the cost of the company's 256GB consumer Quest 2 units. On top of that, Facebook's "Oculus for Business enterprise-grade software and support" costs users $180 per year. This headset doesn't require a Facebook account, but that feature comes at a cost. 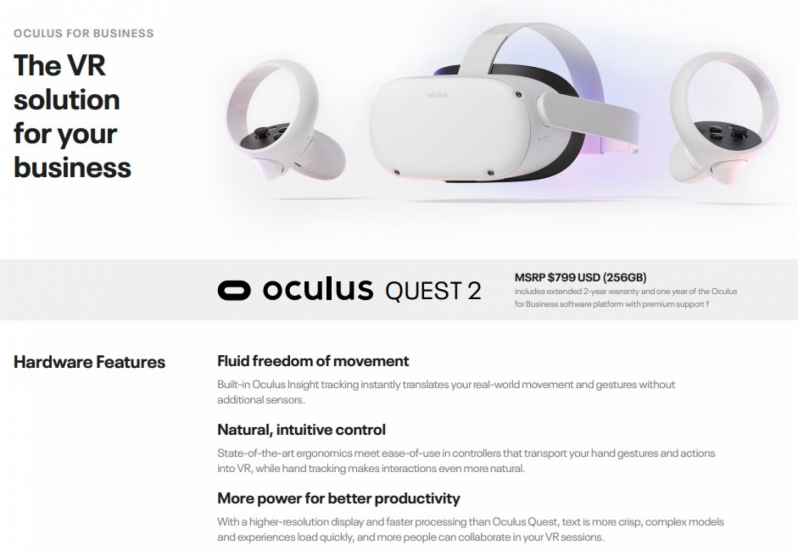 If you read Oculus' privacy policy, you will find out that Facebook tracks a lot of data with their Quest 2 headsets. Facebooks can track "your physical features and dimensions", such as your hand size when hand tracking is enabled. Oculus also tracks your content use and the size of your VR area through their Guardian system. Many of these data points are useful for VR software development, but having this data connected to your Facebook profile is a concerning factor.

You can join the discussion on Oculus' Facebook-free headset costing over 2x more than their standard Quest 2 model on the OC3D Forums. 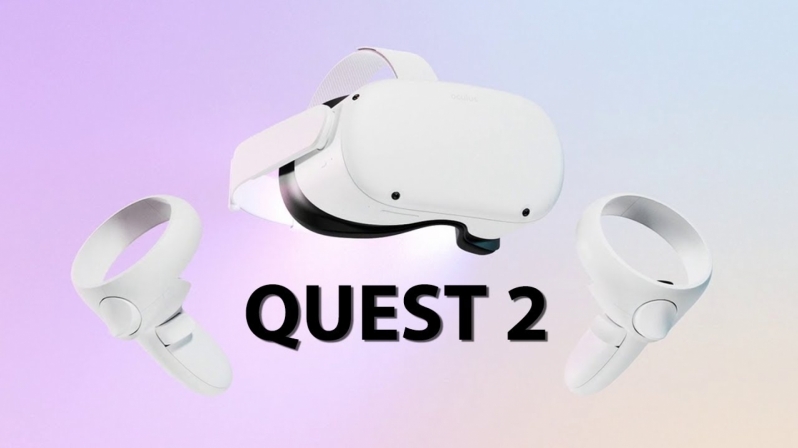 looz
Makes it glaringly obvious about users being the product.Quote

This blog post from two years ago introduces Oculus Business with a $599 Oculus Go and $999 Oculus Quest (that was before the original Quest was released).Quote

Dicehunter
Was very tempted by the Q2 as it has high res, No lighthouses needed, Decent FoV, High refresh and can be plugged into your PC with a single cable enabling PCVR... but the amount of privacy intrusive crap is over the top and as you need a Facebook account this is also a big no no.Quote

Warchild
Quote:
I'd still take the index over this. If I had disposable income I'd pick it up for asghards wrathQuote

Dicehunter
Quote:
Index experience is good but there are a few areas it needs to improve, Quality control, Wider FoV, Better lenses and higher res, Basically the G2 but higher FoV, then it would be a miles better product.Quote
Reply