We have a new world record for 3DMARK Port Royal

The Greek overclocker OGS has managed to set two new world records using their highly overclocked RTX 4090 graphics card from Galax, which has been clocked at over 3,700 MHz under LN2 cooling.

The graphics card used for this world record overclock is a Galax RTX 4090 Hall of Fame GPU, a custom GPU model that is powered by two 12VHPWR connectors. This overclocked GPU can boost to speeds that are over 1GHz higher than a default RTX 4090 graphics card, enabling extreme levels of performance.

OGS' new records are for 3DMARK Port Royal and GPUPI, new single-GPU world records for both benchmarks. These records were achieved using a system with DDR5 memory, an Intel i9-13900K processor, and an ASUS ROG Maximus Z790 Apex motherboard. 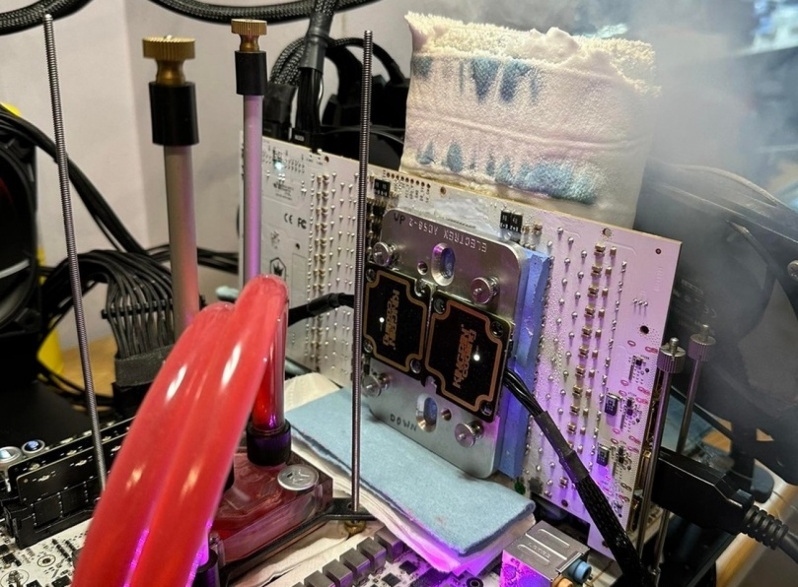 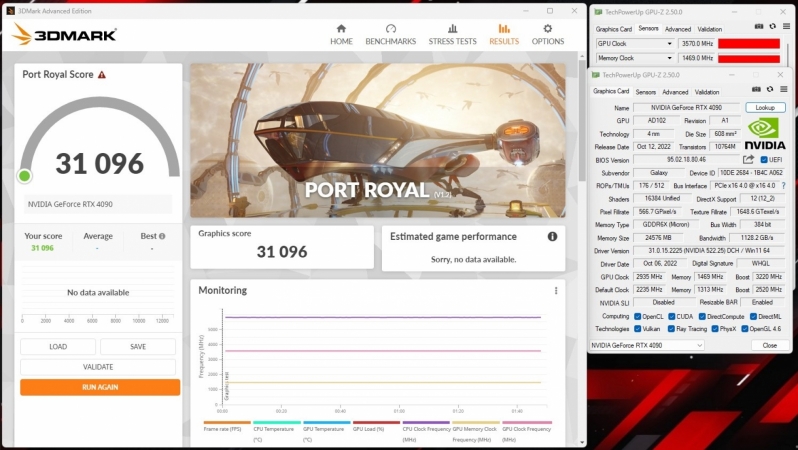 At it stands, Galax's RTX 4090 Hall of Fame appears to be the most powerful overclocking-oriented RTX 4090 graphics card on the market, with no competition coming from EVGA in the form of a KINGPIN series GPU model. Overclocking is an area of the GPU market where EVGA will be missed tremendously, as their KINGPIN graphics cards were often the best in the business.

Over the next few weeks, we expect more RTX 4090 world record overclocks to be achieved, especially now that extreme RTX 4090 models like the RTX 4090 Hall of Fame are now in circulation.

You can join the discussion on Galax's RTX 4090 Hall of Fame being pushed to 3.7 GHz on the OC3D Forums. 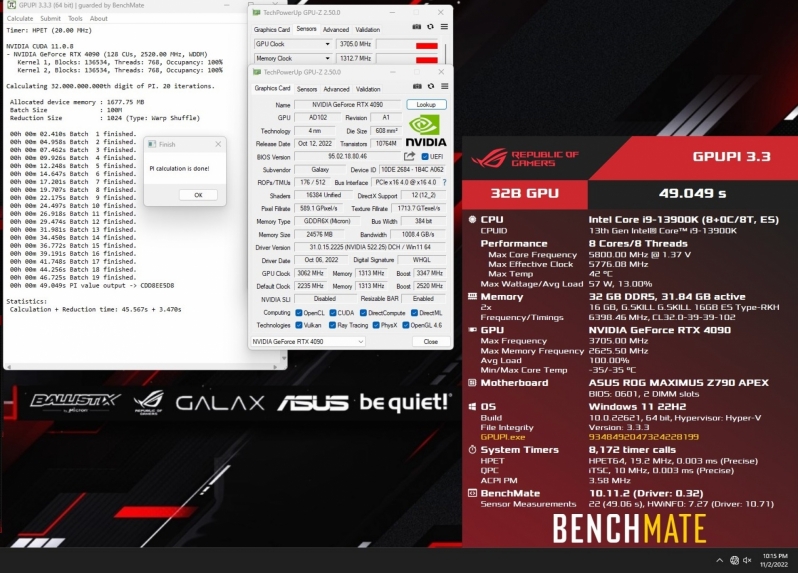