PCSpecialist Release 32" Configurable Devcon AIO Desktops that support ATX motherboards and Desktop GPUs, allowing it's users to easily upgrade all the hardware inside while still being able to use the screen.

This is a new All in one desktop PC from PC Specialist which is expected to be the first of a wide range of fully upgradable All-in-One desktop PC, with this model being the 1080p variant. Right now we do not know if/when higher resolution versions will become available. 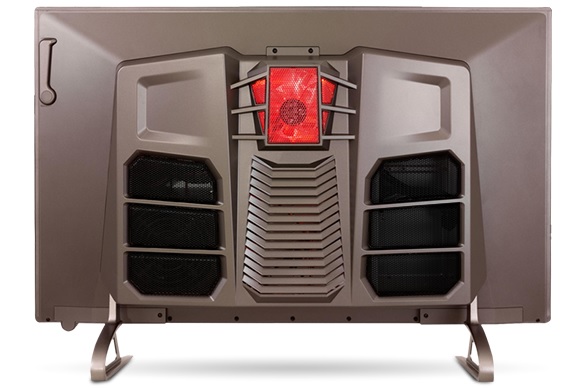 With compatability for ATX sized motherboards there is no reason why this PC or similar Monitor/chassis would not support AMD or higher end Intel platforms, though it though that this first model may be limited to Intel Skylake and Nvidia Maxwell GPUs for power or thermal reasons.

What this PC does is fill us with a lot of excitement, it is all integrates into the monitor but is fully upgradable with standard PC hardware, which is something that is new for AIO PC builds.

Hopefully we will be seeing a higher end 1440p or 4K variant of this monitor become available soon, especially with the high end components that you can already fit inside this 1080p model.

You can join the discussion on the PC Specialist Devcon fully upgradable desktop All-in-One PC on the OC3D Forums.