Philips has officially released their latest addition to their E9 series of consumer monitors, the 278E9. This display offers users with Full-HD compatibility with a high-quality 27-inch IPS panel to deliver users support for an ultra-wide colour gamut and 93% NTSC colour coverage.

The 278E9 offers users more vivid reds and deeper blues than its previous generation counterparts, though the monitor itself lacks support for HDR, delivering a maximum display brightness of 250 cd/m². The monitor also offers support for AMD's FreeSync technology, though Philips has failed to specify the monitors Variable Refresh Rate (VRR) range. The VRR range of the 278E9 is expected to be 50-75Hz, though this has not been officially confirmed.

On the input-side, the Philips 278E9 supports VGA, DisplayPort and HDMI connectivity, allowing the display to be used by all modern OCs and consoles. The display ships with an HDMI cable in the box, offering out of the box support for most modern devices. The monitor also features two 3W speakers for stereo audio.

Fans of monitor arms will be glad to know that this 1800R curved display supports 100x100 VESA mounting solutions, with the monitor's standard stand supporting tilt options for -5 to 20-degree orientations. The monitor also used an ultra-thin Bazel design to make the monitor suitable for multi-monitor display configurations. 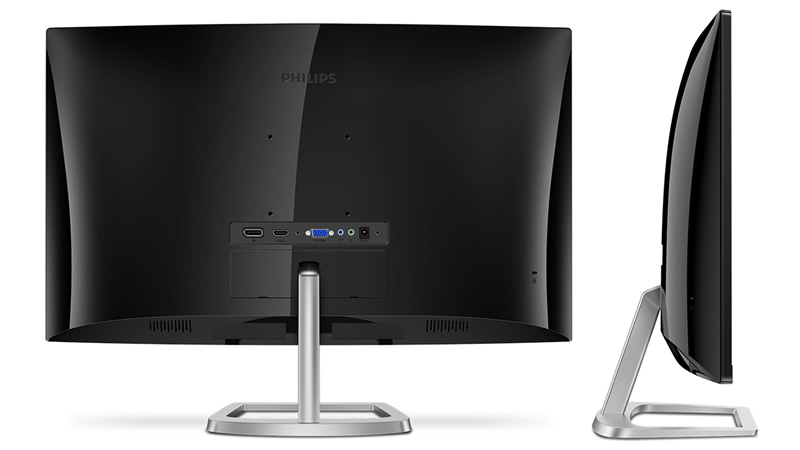 You can join the discussion on Philips' 278E9 Ultra-Wide colour gamut curved IPS FreeSync monitor on the OC3D Forums.