Blue only LEDs? Is this heresy?

With the Hellhound, Powercolor is taking a bold step away from its popular Red Devil branding, offering their fanbase a graphics card with blue highlights and blue LED illumination (which can be turned off). If we didn't know any better, we would assume that this graphics card has themed around Warhammer 40K's Space Wolves Astartes Legion.

Sadly, PowerColor has not revealed the RX 6700 XT Hellhound's exact clock speeds, but we can assume that this GPU model will ship with a factory overclock. The image below confirms that the graphics card will feature dual 8-pin PCIe power inputs, a stronger power configuration than what is present on AMD's reference designs. 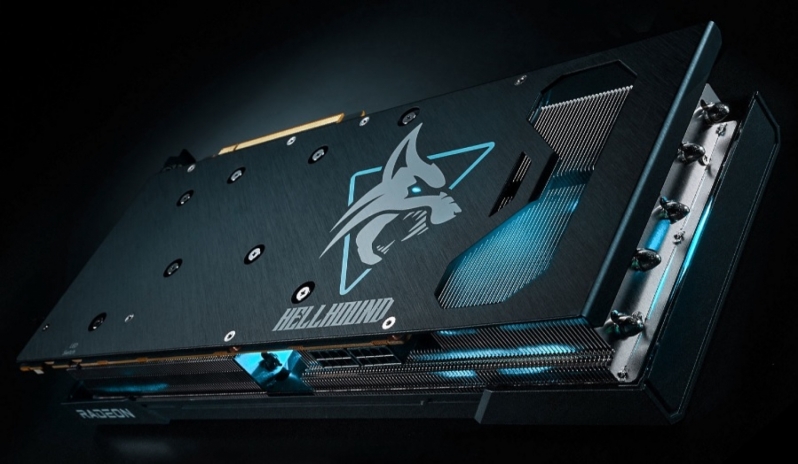 While PowerColor's images of the RX 6700 XT Hellhound do not show the graphic's card's display output, the GPU will probably feature a single HDMI 2.1 output alongside two DisplayPort 1.4 connections. This is a common configuration for modern graphics cards, and it would be odd for PowerColor to stray from that standard.

PowerColor is expected to release a higher-end RX 6700 XT Red Devil series graphics card, which should act as their flagship RX 6700 XT. 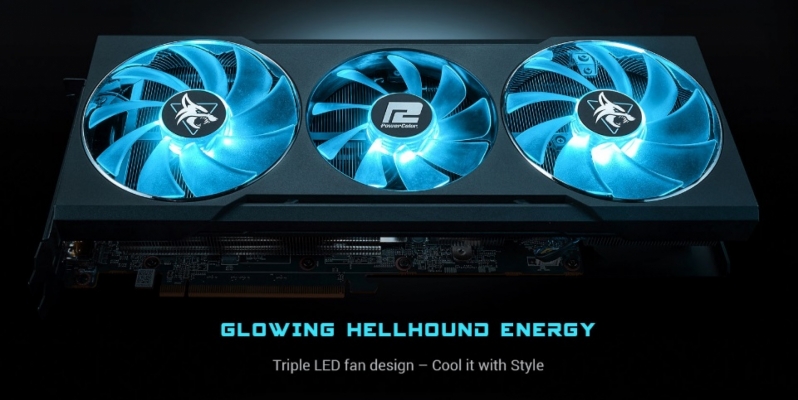 You can join the discussion on PowerColor's RX 6700 XT Hellhound GPU on the OC3D Forums.

AngryGoldfish
It does look good, but it would look universally better if everyone could set the LEDs to their system's colour.Quote