AMD's launch of its Radeon RX 5600 XT was a mess, requiring end-users to update their graphics card's BIOS files in order to enable their peak performance levels. Beyond that, some RX 5600 XT manufacturers are upping their graphics card memory speeds to 14Gbps, while others are sticking to the RX 5600 XT's stock 12Gbps data rate.

PowerColor was one of the first companies to release BIOS updates for its RX 5600 XT series graphics cards, delivering PC gamers higher core clock speeds on its cards alongside increased memory speeds. PowerColor has updated their RX 5600 XT to provide 14Gbps memory speeds, rather than the GPU's original 12Gbps speeds.

Since then, other Radeon RX 5600 XT manufacturers have cited graphics card failure rates as a reason that they haven't followed the lead of PowerColor and Sapphire. These claims have left customers concerned that these high-speed BIOS files will reduce the stability of their graphics cards. PowerColor has since released a statement to refute this argument, calling out MSI specifically.

"MSI says that some GDDR6 chips can handle the faster speeds, while others cannot." Our 5600XT cards have GDDR6 14Gbps rated memory modules as such it's running within spec.

PowerColor has stated that its RX 5600 XT graphics cards all use 14Gbps GDDR6 memory, and because of this, all of their graphics cards are running "within spec", even when using their updated BIOS files.

Below is a comparison of the clock speeds of PowerColor's original RX 5600 XT BIOS files and the performance offered by their new "unleashed" BIOS files. 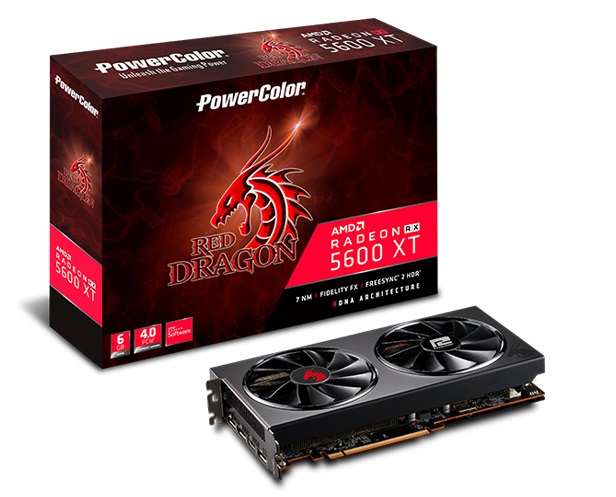 You can join the discussion on PowerColor calling out MSI over its 14Gbps stability claims on the OC3D Forums.

AngryGoldfish
I know every company has different overheads and everything, but if PowerColor are being honest, not only are they offering stable overclocked cards, but they're also some of the cheapest, most readily available, often have discounts, and have coolers that perform above their weight.Quote

Warchild
Quote:
They release some very nice looking cards too. Just goes to show, how cards are overpriced.

Why pay MSI/ASUS all that cash when Powercolor will serve you right for less.Quote

AlienALX
I'd guess it's more because MSI simply don't have the employees due to lunar New year. Or they just CBA.

This will probably benefit powercolor and XFX the most if the latter can do a cheap card.

Either way I'm avoiding it like a dose. And will do so until RTG sorts their act out.

BTW this talk of "having" to flash the card is nonsense. You can do it easily in software. Granted it's quite complicated but it's just power tables like the other Navi cards.

I think what RTG are trying to do is an old AMD trick of giving people an Easter egg, or rather giving them something they perceive as free performance. A gamble, if you will.

They just went about it all wrong.Quote
Reply