PowerColor has officially revealed its Radeon RX 5700 ITX, an ultra-compact Radeon RX 5700 that's designed to fit into small form factor systems. Sadly, according to GDM, this model is limited to the Japanese market, with availability starting on December 20th.

What we have here is a smaller version of AMD's reference RX 5700 graphics card, which utilises a single axial fan for cooling and features the same advanced feature set, offering PCIe 4.0 support and a 0dB fan mode when under 60 degrees. 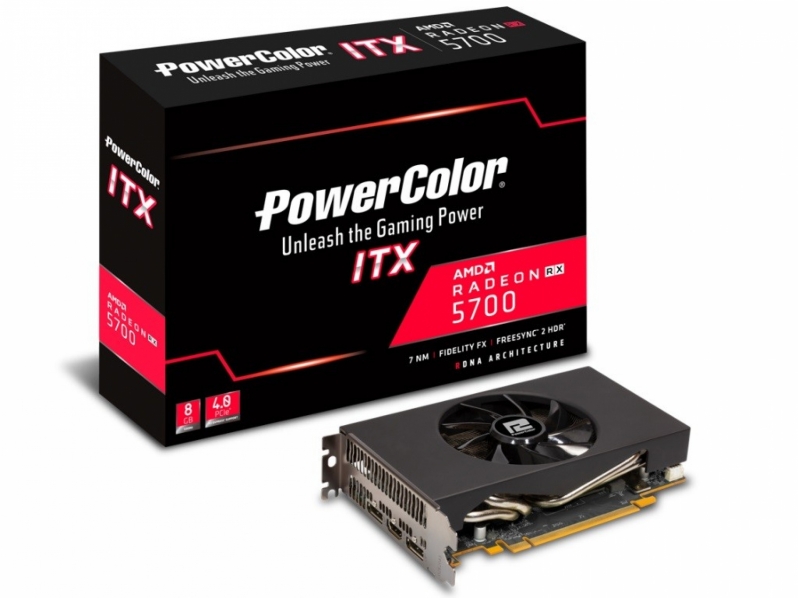 Right now, it looks like PowerColor's Radeon RX 5700 ITX will be limited to the Japanese market, releasing on December 20th.

You can join the discussion on PowerColor's Radeon RX 5700 ITX on the OC3D Forums.

Gambit2K
Hmm seems to be alot of conflicting information going around. Most websites are listing it as 180 mm long which would rule it out of some popular itx enclosures like the Dr Zaber Sentry 2.0. I do hope it's just 175mm.

Also in Sweden we have this card listed as on it's way in at most retailers, so I don't think it's only going to be available in Japan.Quote

Gambit2K
Quote:
NV I though this was the ITX version of the 5500XT which is 180 mm long from powercolor for some reason...Quote
Reply