Will other graphics cards soon reach their MSRP prices?

In case you have been living under a rock for the past two years, things have not been good for the graphics card market over the past 18 months, at least from a buyers perspective. Graphics cards have rarely been available at their MSRP prices, with a combination of high demand, supply chain issues and component shortages working together to ensure that life is miserable for anyone who wants to buy a GPU at a reasonable price. Thankfully, the times are finally changing.

We reviewed PowerColor's RX 6600 back in October 2021 (review link), we thought that it represented great value at its intended price point. That said, the aforementioned GPU supply crisis made AMD's MSRP pricing almost imaginary aside from some super early day-1 sales. Now, PowerColor's RX 6600 Fighter is available once again for £299.99, which is great news for PC gamers. 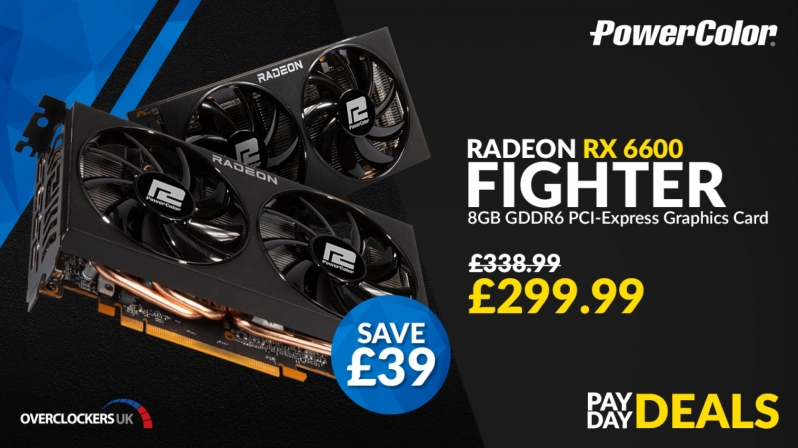 This is great news for everyone, not just AMD fans

Recent GPU price reductions are a sign of things to come. GPU supply is steadily improving, and that has allowed pricing to become more normalised. As supply and demand balances out, PC gamers will be able to purchase graphics cards at their MSRP prices more frequently, and that is great news for everyone.

For the past two years, many PC gamers have been forced to pay too much for their graphics cards. Now, PC gamers are starting to see "value" re-enter the graphics card market, and we are excited about it. In time, we hope to see some graphics cards start to ship below their launch day MSRP prices. After all, graphics cards Ampere and RDNA 2 first launched in 2020.

you can join the discussion on PowerColor's RX 6600 becoming available at AMD's MSRP on the OC3D Forums.

AlienALX
Sadly it isn't even worth £300.Quote

Piskeante
Quote:
exactly. It's too expensive for the performance it gives.Quote
Reply