AMD's RX 6650 XT will be a simple release for Radeon, offering gamers faster clock speeds and faster GDDR6 memory than their earlier RX 6600 XT models. This is a minor product update from AMD, delivering users enhanced performance and no changes to the RDNA 2 architecture that powers their RX 6000 series. Remember, these new CPUs are still RX 6000 series GPUs, so don't expect a generational leap in performance.

PowerColor's RX 6650 XT Hellhound graphics card has leaked, revealing its specifications and images of the graphics card. Design-wise, the GPU is the same as it's RX 6600XT predecessor, with no changes to the GPU's cooling solution. All of the changes that this new model possesses are on the GPU's PCB and its GPU core.

On the memory side, PowerColor's RX 6600 XT features 17.5 Gbps GDDR6 memory modules. These modules are likely to be 18 Gbps modules that are slightly underclocked, either for power reasons on PCB design reasons. Overclockers may be able to unlock this extra performance. The graphics cards GPU core also features higher clock speeds, with the GPU's OC mode offering gaming clock speeds and boost clock speeds of 2486 MHz and 2689 MHz respectively. When compared to AMD's reference RX 6600 XT, these clock speeds represent increases of 127 MHz and 100 MHz respectively. 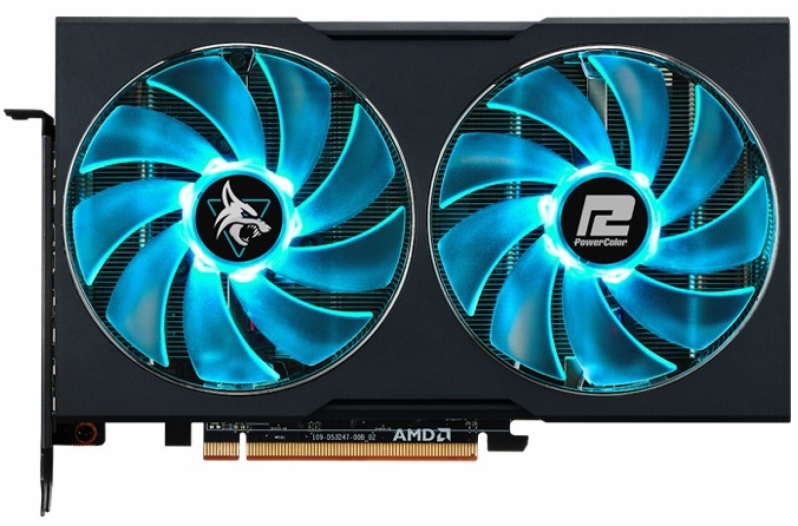 The core clock speed increases offered by the RX 6650 XT appear to be minor, with the GPU;s primary performance increase coming from its 17.5 Gbps GDDR6 memory. When compared to the 16Gbps memory its predecessor used, the RX 6650 XT's memory is 9.3% faster. This should help the RX 6650 XT to be less bandwidth limited in memory intensive workloads.

Based on these specifications, the RX 6650 XT is an evolution over its predecessor, not a revolutionary new product. This new model will push AMD's GPUs slightly higher up the performance rankings, but it isn't a game-changing product. If AMD prices these new GPU models well, this will be a decent release from Radeon. If AMD prices these GPUs too high. these graphics cards will be seen as an insult to gamers.

You can join the discussion on PowerColor's Radeon RX 6650 XT Hellhound graphics card on the OC3D Forums.