PowerColor has started to tease a new RDNA 2 graphics card under their new "HELLHOUND" brand, stating that this new model is #ComingSoon. This new graphics card is their custom Radeon RX 6700 XT, a graphics card that is due to be revealed by AMD later today.

How do we know that this GPU is a Radeon RX 6700 XT? Simple, what else could it be? If this GPU were a Radeon RX 6800 or 6900 series model, why would PowerColor not announce it as such? Given the timing of this tease, this graphics card can only be a custom variant of AMD's RX 6700 XT.

The RX 6700 XT HELLHOUND will feature a blue and black colour scheme and a 2x8-pin PCIe power configuration based on the image below. While the image below showcases blue LED illumination, these lighting elements are likely ARGB in nature. These blue elements differentiate the HELLHOUND series from PowerColor's Red Devil series of graphics cards.

You can join the discussion on PowerColor's RX 6700 XT HELLHOUND graphics card on the OC3D Forums. 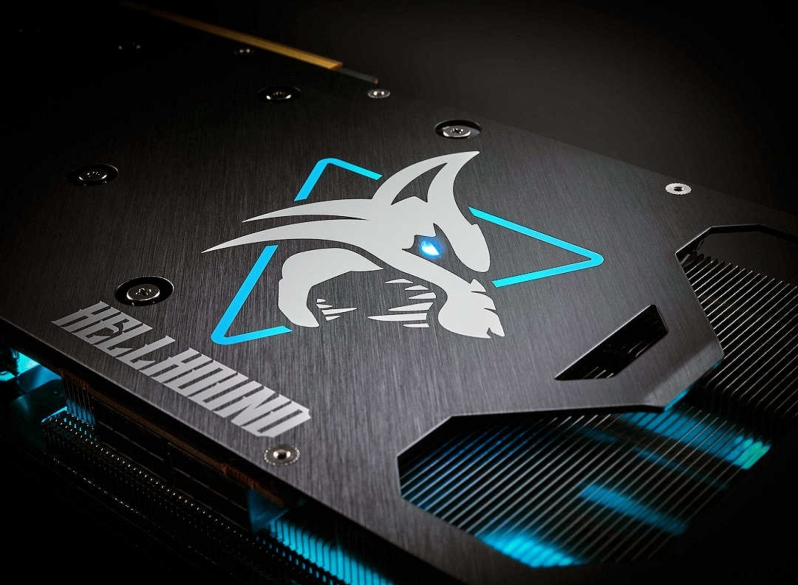 Dawelio
Are all GPUs today targeted at kindergarden kids? I mean, come on! ”Hellhound” and an logo that looks like you would find in their favourite cartoon paper with included stickers.Quote

AngryGoldfish
Quote:
So many gamers are pretty much just kids who have to do their own laundry. I mean, flashing RGB, racing chairs, high pitched squealing in streams, sugary snacks, competitiveness, inappropriate jokes with your mates, it's all there.Quote
Reply