Is this another Polaris Refresh?

There have been rumours about another Polaris Refresh for quite some time, though the information about these GPUs has varied widely depending on the source.

AMD's company website now has web pages on their which point towards an upcoming RX 500X series of graphics cards, though at this time these web pages have no relevant information. Many expect this to be another Polaris Refresh, with others think AMD to use high-speed GDDR6 memory of Globalfoundries' 12nm process to create these new GPUs.

What is known is that AMD has four placeholder URLs for RX 580X, RX 570X, RX 560X and RX 550X GPUs, suggesting that AMD plans to release another Polaris Refresh.

AMD has confirmed that they have a "Vega Mobile" GPU in development, though the 500X naming scheme suggests that AMD plans to continue utilising their Polaris architecture. 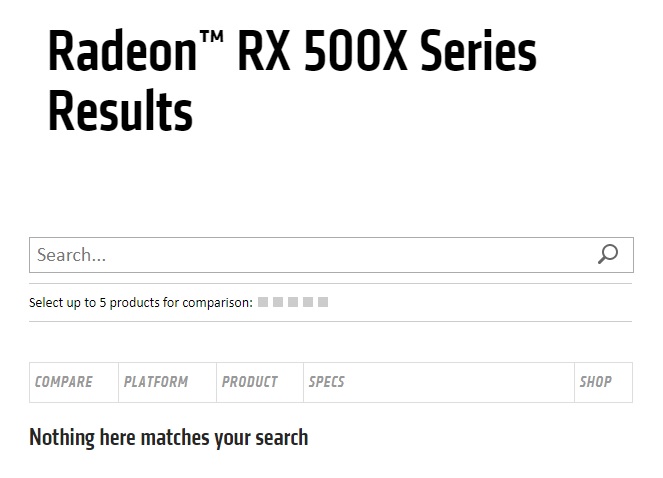 AMD has been extremely tight-lipped when it comes to future GPU launches, though this makes sense given the recent changes in leadership within the Radeon Technologies Group.

Update - The Tul Corporation's PowerColor Reddit account has stated that the RX 500X series is an OEM rebranding of the RX 500 series and not a new SKU for AIBs.

Cannot say much, but see it as OEM model branding. Its not actually a new AIB sku.

You can join the discussion on Radeon's rumoured RX 500X series of GPUs on the OC3D Forums.