AMD's OpenGL performance has been behind Nvidia's for a long time, and as games have moved on to newer APIs like Vulkan and DirectX 12, many thought that AMD has simply abandoned OpenGL, leaving its performance issues in a forgotten section of the past. Thankfully, that doesn't appear to be the case anymore.

In the Unigine Superposition benchmark results below, an AMD user with a Radeon RX 6800 XT graphics card was able to achieved a 33.6% performance gain with AMD's new OpenGL driver. 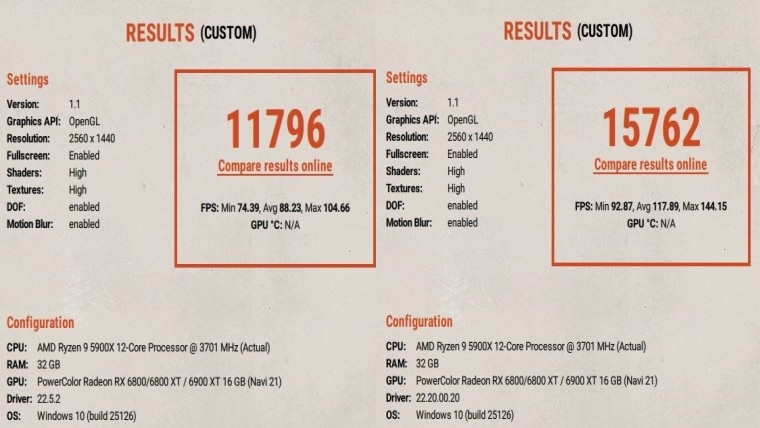 (Unigine Superposition OpenGL Benchmark Results - Before (Left) and After (Right))

With AMD's new OpenGL driver, gamers should expect their framerates to be dramatically increased in legacy OpenGL games, like Wolfenstein: The New Order. While no modern games use the OpenGL API, players of older games should see a significant performance boost with AMD's upcoming OpenGL driver.

Below are some more Unigine Valley results, this time with a Radeon RX 5700 XT graphics card. Here, a 19.7% performance gain is showcases, proving that AMD's OpenGL changes are not exclusive to AMD's Radeon RX 6000 series GPUs. 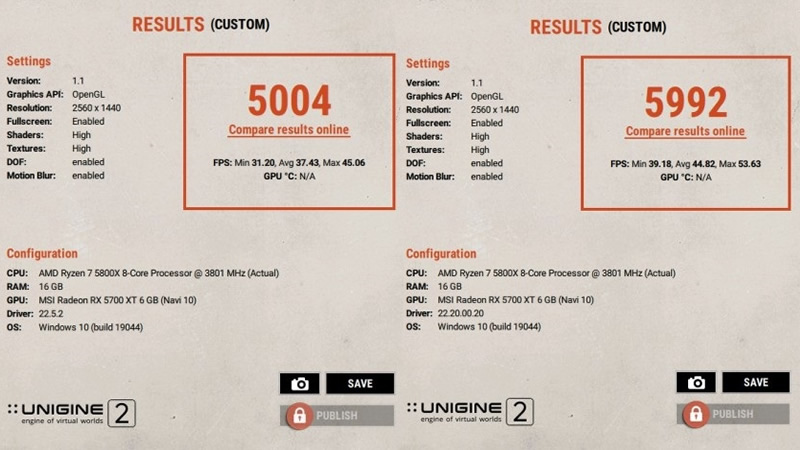 (Unigine Superposition OpenGL Benchmark Results - Before (Left) and After (Right))

When Unigine Valley is ran in OpenGL mode, AMD's pre-release OpenGL driver is capable of achieving a staggering 54.3% performance gain with a system that features a Ryzen 9 5900X and a Radeon RX 6800 XT. This showcases how extreme the performance gains with AMD's latest OpenGL driver can be, and why gamers should be looking forward to this OpenGL driver's official release. 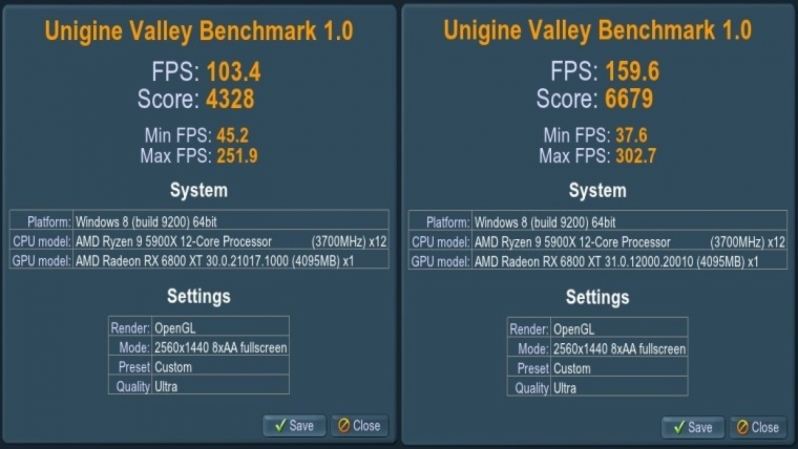 (Unigine Valley OpenGL Benchmark Results - Before (Left) and After (Right))

While practically all game developers have abandoned the OpenGL API, it cannot be forgotten that most gamers enjoy playing older games, at least occasionally. AMD's new OpenGL driver should make most older OpenGL games more playable on Radeon graphics hardware, and that is a good thing for all PC gamers. With this driver, OpenGL performance is no longer an advantage that Nvidia possesses.

Following the success of AMD's DirectX 11 improvements with their Radeon 22.5.2 drivers, it makes sense for AMD to tackle their OpenGL performance issues next. Hopefully, this new performance boosting driver will be available soon to gamers.

You can join the discussion on AMD's pre-release OpenGL performance boosting driver on the OC3D Forums.

And thought "people. They are releasing a not totally poo low end GPU"