Upgrading laptops has always been problematic, especially when it comes to GPUs, to a point where in most cases it is pretty much impossible. What a lot of Gaming laptop users want is the portability of a laptop, but the grunt to run their games or other intensive programs when they get home, so the idea of External GPUs has always been something that has greatly interested laptop gamers.

Now ASUS has launched their own solution this this problem with their ROG XG External graphics card dock, which will allow gamers on certain ASUS ROG laptops to use any ASUS GPU externally, though at this time we do not know how ASUS plan to lock down the unit to only their GPUs.

Designed to boost graphics power for gaming on ASUS ROG laptops. Compatible with ASUS GeForce and Radeon graphics cards. The dock will also charge the laptop while you play! 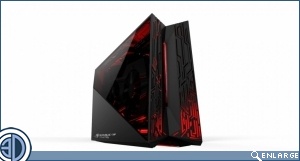 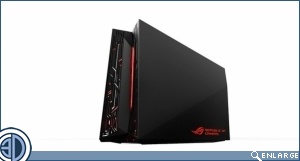 ASUS didn't go into many details regarding how this unit worked, but we expect that this device will work in a similar way to Alienware's Graphics card amplifier, which uses a custom PCI-e based interface to connect their laptops to their external GPU dock.

You can join the discussion on ASUS' ROG XG2 External Graphics docking station on the OC3D Forums.