The custom GPU is being given away on Bilibili

Cyberpunk 2077 is due to release on December 10th, arriving after a multitude of delays which have seen the game launch after the PlayStation 5, Xbox Series X/S, Nvidia Geforce RTX 30 series and Radeon RX 6000 series of next-generation gaming products.

Cyberpunk 2077 will launch on PC with ray tracing on Nvidia RTX series graphics cards and support for DLSS 2.0. Ray tracing support for Radeon products is expected at a later date. 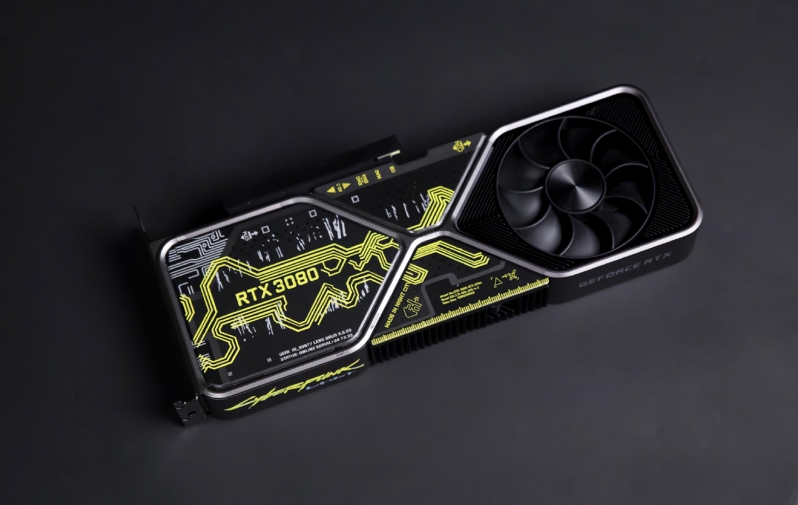 You can join the discussion on CD Projekt Red's Custom Cyberpunk 2077 RTX 3080 graphics card on the OC3D Forums.

AlienALX
Can't wait for the Cyberpunk 5090 super duper can't buy one get f-ed edition that will come out before the game does !Quote

KingNosser
As much as the custom card is a pipe dream for most anyone, the game will be out on the 10th