Samsung has today revealed what appears to be the highest-end gaming monitor that has ever been revealed, offering gamers support for 240Hz refresh rates at 4K on a Quantum Mini LED screen. As such, this screen offers users high resolution gameplay, ultra high refresh rate support, and high quality hDR support with 2,000 nits of peak brightness with local dimming.

Meet the Samsung Odyssey NEO G8, a 32-inch monitor that supports DisplayPort 1.4, HDMI 2.1, Display Stream Compression (DSC), a 1000R curvature, and CoreSync Lighting. Currently, Samsung plans to release this display in the first half of 2022.

Sadly, Samsung has not revealed the pricing of their Odyssey NEO G8, though the screen is expected to be on the expensive side. Below is what Samsung had to say about the monitor in a recent press release.

The new Odyssey Neo G8 is built with a similar design language as the Odyssey Neo G9, offering a sleek white exterior that stands out even when it's turned off. Beautiful colors leap off the screen into a user's real environment with CoreSync lighting. The core lighting found on the backside of the monitor automatically detects colors on the screen and projects them in real life to create a deeper sense of immersion. 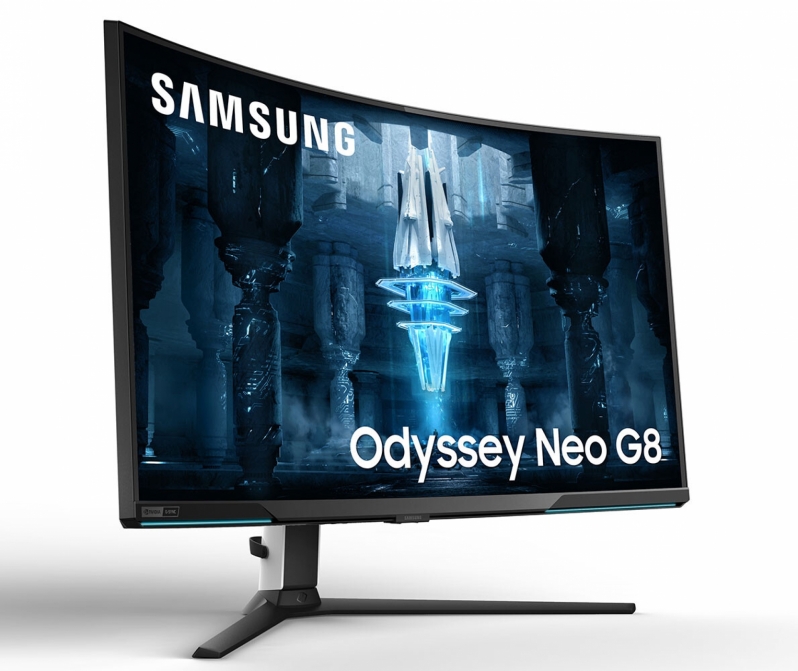 While 4K 240Hz refresh rates seem excessive for modern titles, the latest graphics cards are capable of delivering high refresh rate gameplay at 4K, with many games exceeding the 4K 120Hz/144Hz resolutions/refresh rates offered by many high-end 4K screens. Add on upscaling features like DLSS and FSR to many titles, and high refresh rate 4K gaming becomes something that is very achievable with many modern games.

With many modern console games targeting 4K at 120Hz, screens like the Odyssey NEO G8 will allow PC gamers to target even higher levels of image quality and clarity.

Warchild
Quote:
The curve on these are quite nice actually. It is supposedly meant to replicate the curvature of the eye. I had the G7 and probably one of the nicest monitors I had. The immersive feeling you get from the curve was better than most monitors i have experienced.Quote

AlienALX
Quote:
This. Don't knock it 'til you've tried it.Quote

NeverBackDown
This is quite simply nuts. Idk how else to put it lol