This is Samsung's highest-end PC display to date

With a backlight that sports 2,048 LEDs and a peak brightness of 2,000 nits, Samsung's Odyssey Neo G9 can deliver insane contrast ratios and up to 12-bit colour gradation. With their Odyssey Neo G9, Samsung promises high-end HDR support, a 240Hz refresh rate, and FreeSync Premium Pro support and G-Sync Compatability, gamers should be able to enjoy high refresh rates, tear-free playback and high-end HDR.

With support for DisplayPort 1.4 and HDMI 2.1, the Odyssey G9 will support all modern graphics cards at its rapid 240Hz refresh rate. Samsung also promises a 1ms response time, making this screen fast and responsive.

With such high-end specifications and an unusual screen size/aspect ratio, it is unsurprising that the Odyssey Neo G9 is incredibly expensive. With a US MSRP of $2499, Samsung's Odyssey G9 is purpose-built for gamers with the largest budgets.

Preorders for Samsung's Odyssey New G9 will begin on July 29th, and the monitor will be available globally on the 9th of August. What follow's is Samsung;'s Press Release.

With the previous launch of the Odyssey G9 in 2020, Samsung pushed the boundaries of premium gaming monitors with smooth and brilliant picture quality. Now with the industry's first Quantum Mini LED curved display delivering the most refined detail regardless of the game played, the Odyssey Neo G9 is catapulting the gaming monitor category forward. Featuring Quantum Matrix Technology combined with super-fast response and refresh rates, Odyssey Neo G9 delivers an unrivaled dynamic picture and premium performance for all gamers. 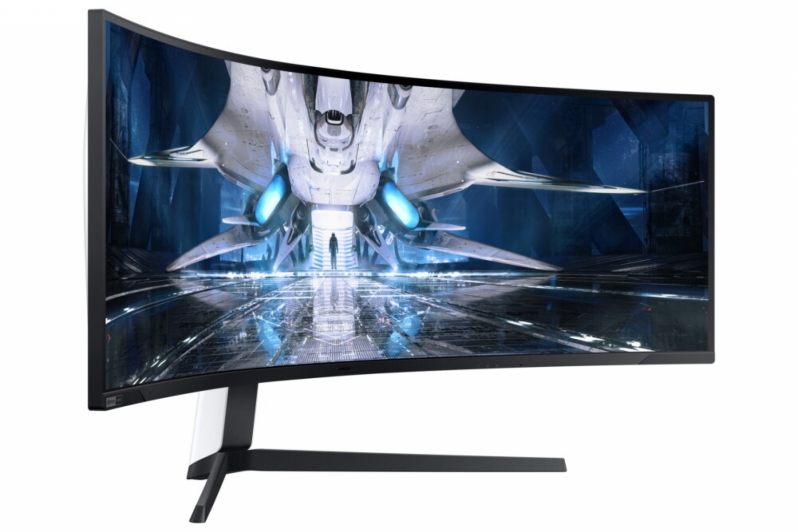 Based on the high performance technology pioneered by the current Odyssey G9, the Odyssey Neo G9 features an ultra-wide 49-inch display with a 32:9 aspect ratio that offers Dual Quad High-Definition (DQHD; 5,120×1,440 resolution) with a rapid, 240 Hz refresh rate and 1 ms response time. The futuristic and immersive 1000R curvature of the monitor was certified by TÜV Rheinland, a leading international certification organization, awarding it their Eye Comfort certificate.

The display seamlessly fits into any gaming setup or environment, with a glossy white exterior and futuristic rear infinity core lighting system, which includes 52 colors and five lighting effect options. The monitor also comes with the CoreSync feature, allowing users to personalize their setup with the multiple color mode, for world-blending immersion.

Samsung's Odyssey Neo G9 with Quantum Mini LED will be available for preorder from 29 July 2021 and be available globally by 9 August 2021.

You can join the discussion on Samsung's Odyssey Neo G9 240Hz HDR monitor on the OC3D Forums.