This 4K curved monitor is a monster!

With such an aggressive curvature, the Odyssey Ark is designed to be used as a desktop monitor. The screens tight curvature makes the screen effectively unusable from far away distances, making this 55-inch screen useless as a television screen.

Sadly, Samsung has not revealed many of their Odyssey Ark's specifications, aside from the fact that it is a 16:9 curved monitor that supports horizontal and vertical screen orientations. The screen also comes with a wireless wheel that can be used to adjust the screen's brightness and to navigate the screen's UI.

Some reports have claimed that this screen is due to be sold sometime in in the second half of 2022, and like other Odyssey series screens, the Ark is expected to be an expensive monitor. The maximum refresh rate, pricing, and display technology used to make this monitor are currently unknown.

You can join the discussion on Samsung's 55-inch Odyssey Ark curved 4K monitor on the OC3D Forums. 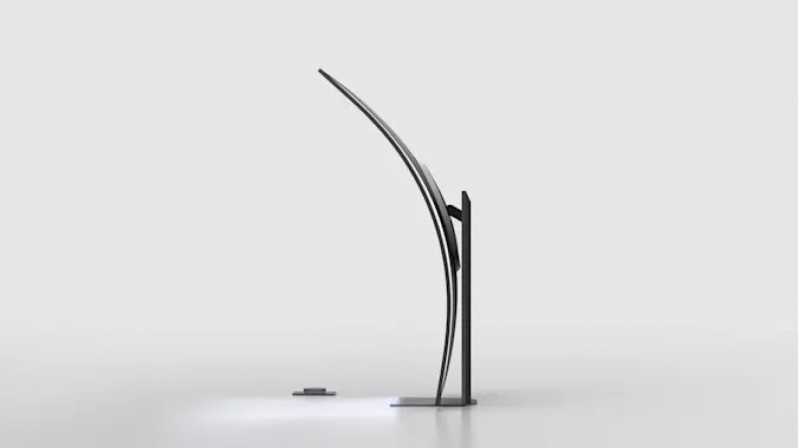 Gothmoth
i would never buy a curved monitor.
have tested plenty of them a few years ago but always found them weird.

seeing this i doubt i would like it any better....Quote

trawetSluaP
Quote:
I had one of the Samsung G7 and it was really good, however, my second monitor was non-curved so when going back and forth between them it (strangely) made me feel nauseated so had to replace it.Quote
Reply