Sandisk has unveiled their first 1TB SD card, fitting more storage into the size of a stamp than is contained in most laptops. This SDXC flash card is merely a prototype right now, but it is nonetheless an impressive milestone for Sandisk.

With the increase in popularity of 4K, 8K and high framerate footage capture, all of which are memory heavy recordings, make the demand for increasingly large SD cards continue to grow. While this SD card will be expensive when it eventually launches to consumers it will offer users the ability to create longer videos and more photos without the need to use less memory intensive formats. 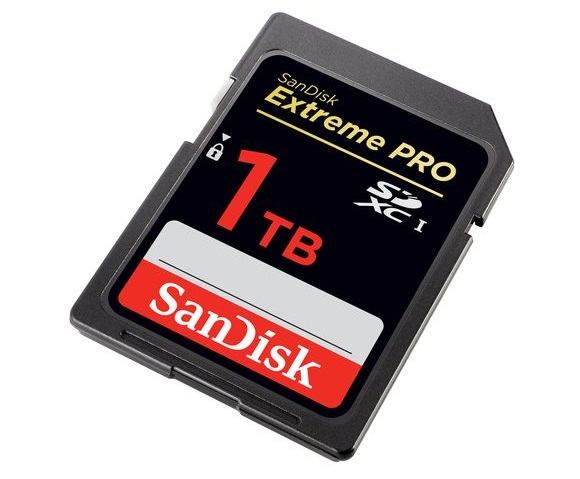 This SD card comes only 16 years after the launch of Sandisk's first 64MB SD card, with this new 1TB card offering 16,384 times the storage capacity.

You can join the discussion on Sandisk's 1TB SD card on the OC3D Forums.

Kushiro
Wonder what the speeds are like.Quote
Reply