This GPU can reach clock speeds of 2730MHz!

Sapphire has just launched their fastest graphics card to date, a higher-end version of their RX 6900 XT TOXIC model, which features top-tier RDNA 2 silicon and clock speeds that can boost as high as 2730MHz.

With their flagship RX 6900 XT TOXIC models, Sapphire has partnered with Asetek to ship their TOXIC series RX 6900 XT graphics card using a Closed-Loop Liquid Cooling (CLC) solution, which features a 360mm radiator. This cooling system will also be supplemented by a single cooling fan on the graphics card, transferring heat away from the GPU's memory and VRMs.

ARGB illumination is available on this graphics card's fans, backplate and front plate, all of which are controllable in software. Additionally, these ARGB LEDs can be controlled using Sapphire's NITRO Glow Software or synced to your motherboard's RGB LED lighting. 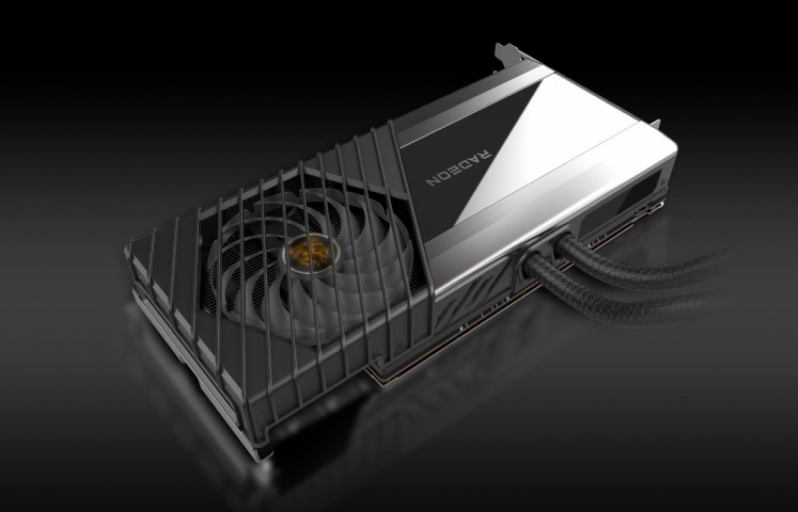 Cooling-wise, Sapphire's RX 6900 XT TOXIC Limited Edition is designed to keep GU thermals below 85 degrees celsius and noise levels below 36 dBA at all times, using a 360mm liquid cooling radiator with three 120mm fans for cooling alongside a supplemental fan on the graphics card itself.

Below are the full specifications of Sapphire's Radeon RX 6900 XT TOXIC Extreme Edition GPU. Higher clock speeds are possible using the GPU's "One Click TOXIC Boost" overclock mode, which will boost the GPU beyond 2525MHz.

The RX 6900 XT TOXIC Extreme Edition is the fastest Radeon graphics card that Sapphire has ever created, delivering insane clock speeds and game frequencies that are much higher than AMD's reference models.

Expect this graphics card to ship with a large price premium, as the chips within this graphics card are amongst the best that AMD can offer, and these chips are combined with the strongest PCB and cooling solution that Sapphire manufactures.
You can join the discussion on Sapphire's RX 6900 XT TOXIC Limited Edition graphics card on the OC3D Forums.

NeverBackDown
Wonder how much performance increase it would actually provideQuote

WYP
Quote:
Hard to know without testing them side-by-side. One has to wonder if the higher-end model would become memory limited.Quote

Bartacus
Quote:
I can state this, from experience: there is a BIG difference in performance with my 6900XT stock versus OCed (bumping power limit from 272W to 375W). With my OC, I'm playing Borderlands 3 right now with the memory clock at 2150mhz, and GPU core clock touching 2700mhz. This GPU only truly shines when put underwater and pushed hard.Quote