As you can see in the images below, AMD's reference Radeon RX 7900 XT and RX 7900 XTX feature two DisplayPort 2.1 outputs, a single HDMI 2.1 output and a USB Type-C display output. Both graphics cards will feature three-fan heatsinks, though it looks like AMD's RX 7900 XTX features a larger overall heatsink design that is taller than its XT counterpart. Both graphics cards appear to be 2.5 PCIe slots thick. 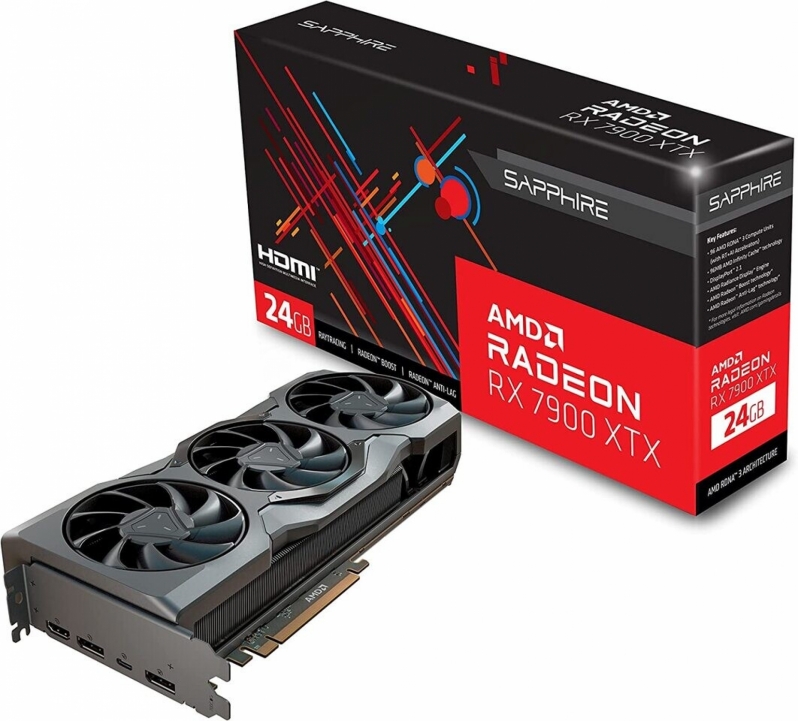 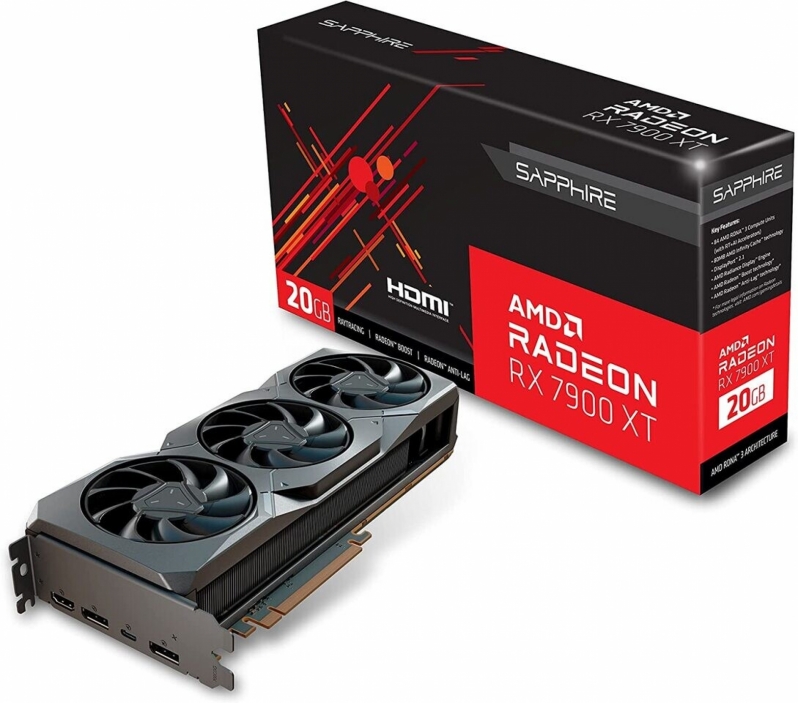 You can join the discussion on Sapphire's reference Radeon RX 7900 XT/XTX graphics cards on the OC3D Forums.

AngryGoldfish
I think the design is really nice, so I'd be happy to choose this if it were cheaper and if it performed reasonably well compared to coolers like the Pulse models or Hellhound. Even if it's a little behind, some tweaking should do the trick.Quote

Warchild
It is a nice looker. Surprised to see the IO without vented cutouts though. Unless they are trying to further the air flow in one particular direction.Quote

AlienALX
To be fair looking at the fin direction the last fin would have totally blocked any air going out of the back any way.