Will these increased clocks offer much of a real world performance boost?

ASUS has revealed their official specifications for their RX Vega 64 Strix OC edition GPUs, revealing clock speeds that are around 50MHz higher than AMD's reference models. Sadly this is not much of an indication of what the average GPU clock speed of this card will be, though it is encouraging to see that ASUS has been able to boost this GPU's performance.
On the memory front, ASUS has decided to clock the RX Vega's HBM2 memory at AMD's reference speeds of 945MHz, which means that this GPU should not offer any additional memory performance over its reference counterpart.
When compared to AMD's RX Vega 64 Liquid ASUS' RX Vega 64 Strix offers lower base/boost clock speeds, though the company is expected to release this new RX Vega variant at a lower price. 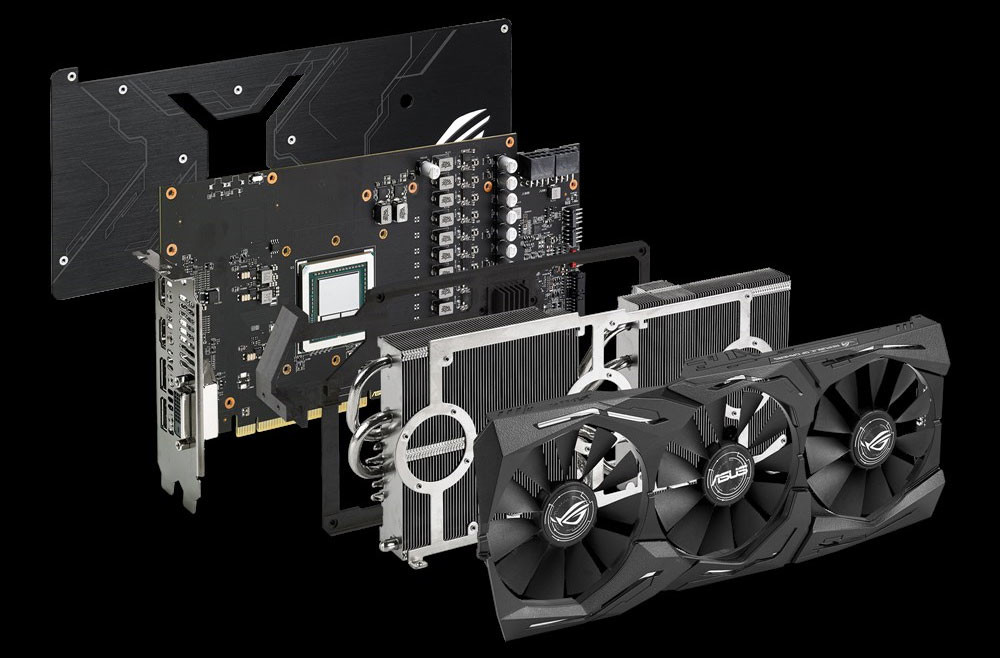 At this time ASUS is also preparing an RX Vega 56 Strix GPU, though the specifications of this model remain unknown.

You can join the discussion on ASUS' RX Vega 64 Strix GPU on the OC3D Forums.

The_Governour
Well we all know that it wont. As not even under water can it do miracles. A turd is a turd even though you try and spray it with perfume.....

Too expensive, too hot, too late. A shame a real shame as i wanted amd to do well.Quote

semitope
Quote:
too expensive - tell that to the people who got it for msrp

too hot - i havent seen people complaining of this

too late - when is irrelevant to the consumer. its available and offers a certain performance for a certain price.Quote

Surfie
Quote:
For the performance that Vega is, AMD are pricing it too high.

The biggest problem with this card, is not the card, but AMDs marketing around it. They set consumer expectations too high, they hyped the bejesus out of the card for months before release, and set expectations to be great card, reasonable price.

For mine: the performance is acceptable, if they price the cards at around the gtx1070 mark or lower. But they didn't. The prices are closer (at least here) to a 1080 (which is faster), and only a fraction lower than the much better performing 1080ti.

This then made the card irrelevant. And it's a pity. I specifically held off of buying a gpu for almost a year because of the jerkaround.

I honestly don't see much of a market for this, except people joining the pc community without having seen the rubbish of the launch.Quote

NeverBackDown
Quote:
No. The people that hyped this was definitely the community. AMD never ever hinted at Vega being more than a 1080ti killer.
Only thing AMD messed up was the fact that they should have shipped all the cards with the default BIOS set as power saving mode and just called it default. Then choose the other BIOS as performance. It would really have changed the perception of Vega. Not massively, but enough to make it not be such a reason for Nvidia Fanboys to get all high and mighty about Pascal. I switched to Pascal BTW from Polaris before anyone gets all offended (I'm not talking about anyone here)Quote

Dicehunter
I honestly prefer the bog standard reference air cooled Vega 64, Looks nice and clean, Fits in perfectly with my builds theme, Plays all my games and does VR very well