Are 8K consoles on the horizon?

This week, the Polish publication PPE attended an event that was hosted by TCL, the television manufacturer. Here, TCL outlined their expectations for the PC and console market over the next few years, which detailed the launches of new "half-generation" consoles from Sony and Microsoft. 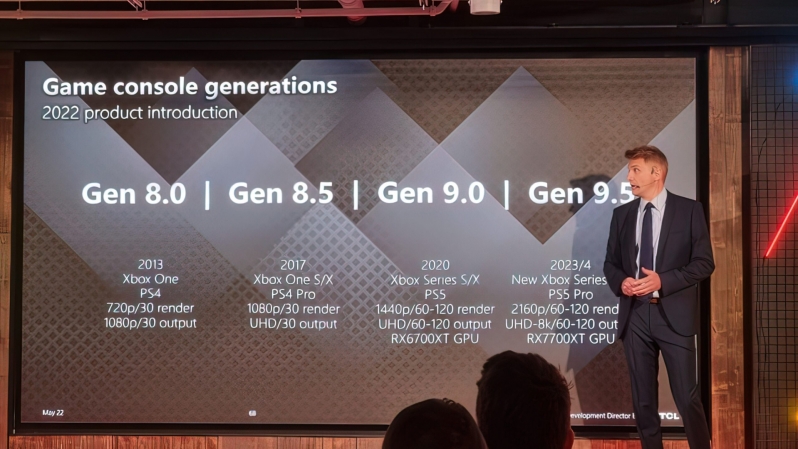 Currently, neither Sony or Microsoft have officially revealed any refresh plans for their PlayStation 5 and Xbox Series consoles. That said, both companies are likely considering such plans, given the success of Xbox One X and PlayStation 4 Pro.

You can join the discussion on TCL's mid-generation console refresh expectations on the OC3D Forums.

meuvoy
Who cares about 8k? We just want higher framerates in the resolutions we have today. I myself play on a 4k screen but actually run my games at 1440p or 1080p either directly running these lower resolutions or by the means of DLSS upscaling to 4k.Quote
Reply