Just before E3 we got a chance to check out Battlefield 1 on PC. And not just any PC - this is with a Skylake i7 and GTX 1080, maxed out.

Curiously, the resolution scaler is different this time around, with 50% actually presenting as native resolution. We've bumped that up here, so even though we have 1440p footage here, the game is actually running at a higher pixel-count. Look out for more footage soon!

The 1440p video above shows the game's spectacular visuals, though the game is run at a resolution scale of 75%, which is roughly equivalent to a resolution of 4K.

This shows that right now this game can be run at 1440p+ resolutions with current generation hardware, which is fantastic given the level of graphical detail on display. we can also see in the graphical options that Nvidia TAA is an option as well as HBAO. 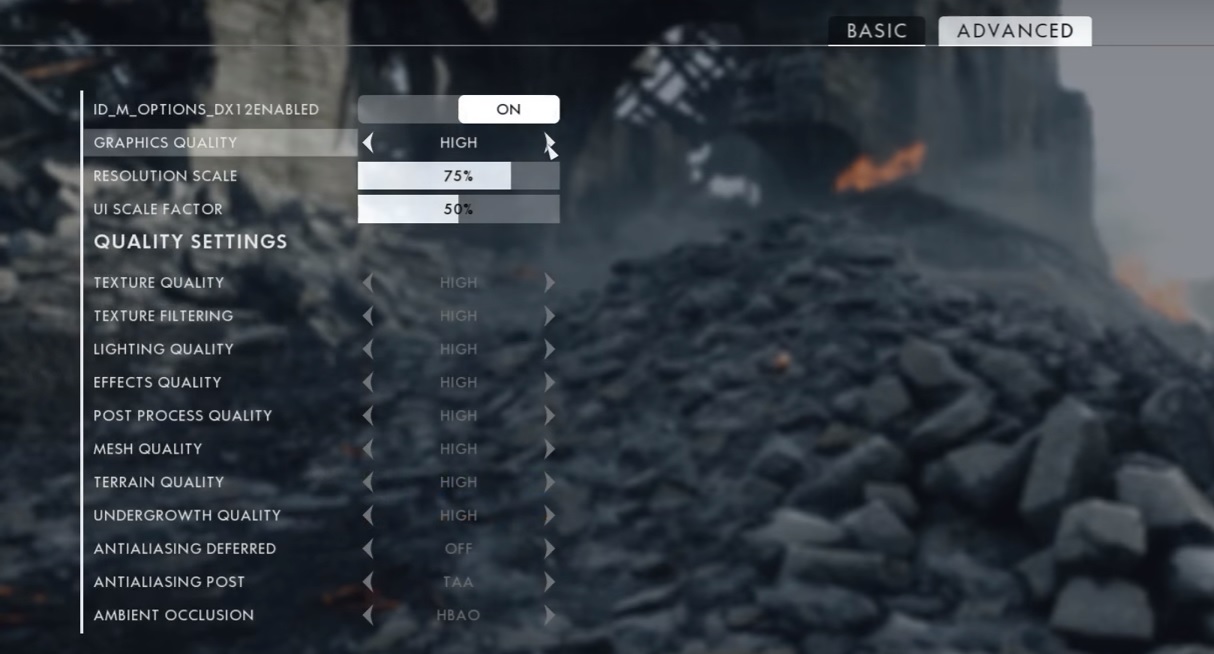 You can join the discussion on Battlefield 1's E3 build supporting DirectX 12 on the OC3D Forums.

NeverBackDown
No surprise there!
Interesting that the resolution scalar is now starting at 50%, probably going to confuse a lot of peopleQuote
Reply