DisplayPort 2.0 devices are on the horizon

DisplayPort 2.0 is coming, and it will offer consumers an insane amount of bandwidth, being capable of supporting uncompressed 8K at 60Hz and 4K HDR at 240Hz. With DisplayPort 2.0, DisplayPort will surpass HDMI 2.1, and support several unique features.

DisplayPort 2.0 represents the future of display technology, and DisplayPort 2.0's Alt modes can also enable support for SuperSpeed USB transfer speeds, allowing DisplayPort 2.0 to be used as a versatile display and data connection. 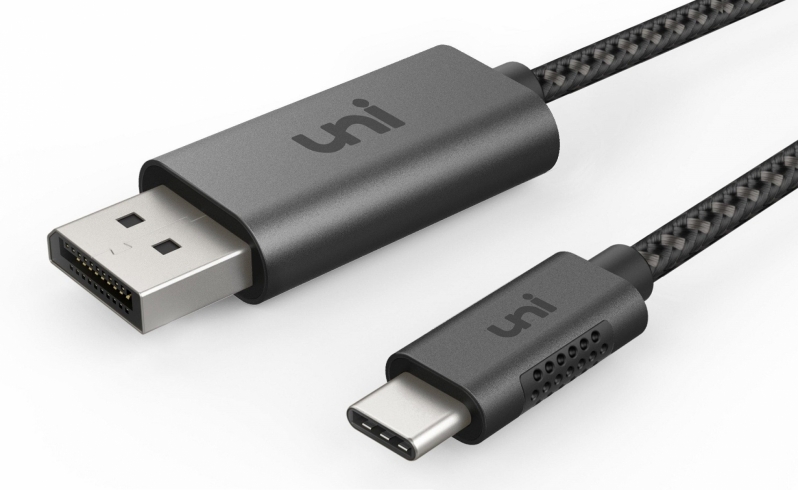 (DisplayPort 2.0 is available with Native DisplayPort and USB Type-C connectors)

VESA also announced today that qualified VESA DisplayPort Authorized Test Centers (ATCs) are ready to begin testing and certification of UHBR end-products using approved test equipment and reference sink and source devices for interoperability testing. An engineering demonstration of a reference source and sink device setup from AMD and MediaTek operating at UHBR link rates will be showcased at the Display Week Symposium and Exhibition in San Jose, Calif., on May 10-12, 2022 at VESA booth #214 at the San Jose Convention Center.

"These latest developments in the DisplayPort UHBR Certification Program represent major steps forward in the roll-out of the DisplayPort UHBR ecosystem for new video, display and cable products supporting higher resolutions and refresh rates," stated James Choate, compliance program manager for VESA. "Certification of UHBR reference devices must undergo rigorous testing to ensure they meet the requirements outlined in the DisplayPort 2.0 CTS. We're excited to announce that a set of reference silicon has been verified to meet the requirements of the DisplayPort 2.0 spec through our certification program. VESA now has the testing infrastructure in place to evaluate and certify OEM end products, and we are ready to work with the ecosystem to bring next-generation DisplayPort chipsets and IP to market."

"We are very proud to be the first DisplayPort adopter to achieve DisplayPort UHBR certification for a sink device," said Vince Hu, corporate vice president and general manager, Compute Business Unit, MediaTek Inc. "With the features that DisplayPort 2.0 brings to the table, we are able to develop advanced, robust technologies that system manufacturers can leverage to revolutionize the consumer's highest quality visual experience. VESA requires very stringent testing before certification can be granted, making MediaTek's achievement even more impressive. We are honored to play a critical role in VESA's efforts to ensure interoperability and deliver industry leading products to market."

"We are delighted to continue our deep collaboration with VESA on developing the DisplayPort 2.0 UHBR ecosystem through use of AMD Ryzen 6000 Series processor as a certified reference source device," said Syed Athar Hussain, VESA board vice-chairman and AMD CVP and display domain senior fellow. "The DisplayPort UHBR Certification Program will ensure sources, cables, and displays interoperate seamlessly and build a robust ecosystem that delivers the full potential of DisplayPort 2.0 UHBR technology. UHBR rates defined by the DisplayPort standard represent a new paradigm for display connectivity, with unprecedented bandwidth to facilitate smooth gaming, efficient video playback, and greater than 8K-resolution professional displays."

Yee-Wei Huang, spokesperson and vice president of the Multimedia Business Group at Realtek, stated, "We are proud to announce that our first DisplayPort 2.0 Rx solution and DisplayPort 2.0 Tx solution have passed VESA's UHBR Certification Program. This will help customers to quickly achieve end-product certification as part of the VESA interoperability compliance testing program. With the new Realtek DisplayPort 2.0 Rx/Tx solutions, an end user can enjoy a more responsive and better resolution display on multiple display applications. This offers a significant leap forward that can satisfy both commercial and consumer markets as high quality monitors and docking stations continue to evolve."

Product developers who take advantage of the DisplayPort UHBR Certification Program gain the ability to use the VESA Certified DisplayPort logo on their products and become reference devices for end-use product interoperability testing. Video source and display devices from AMD, MediaTek and Realtek have already been certified, while more source and display devices from VESA member companies are undergoing certification. In addition, multiple UHBR-capable cable products have also completed certification and are commercially available.

You can join the discussion on the first DisplayPort 2.0 source and sync devices being certified on the OC3D Forums.

NeverBackDown
Expect products at the end of the year or early next year. That's what they've been saying for a while now.Quote