The "Kingpin" brand may have a future without EVGA

EVGA has exited the GPU market, but that does not mean that KINGPIN GPUs are no more

KINGPIN hardware can live on without EVGA - Vince Lucido confirms

EVGA has long been the home of the "KINGPIN" hardware brand, a lineup of high-end graphics hardware that is designed in collaboration with Vince Lucido, the overclocker known as KINGPIN.

The KINGPIN series is well known for its high-end cooling solutions, its top-tier PCBs and power systems, and their immense overclockability. With EVGA's departure from the GPU market being confirmed, the company's GPU specialists have now found themselves without a purpose within the company. While EVGA has stated that they will not be letting go of any of their employees, it is probable that most of their GPU specialists will be moving to elsewhere within the industry.

In a statement on Facebook, Vince "KINGPIN" Lucido has stated that while he is not happy with EVGA's decision, he is "mostly sorry for the fans". He also confirmed that his KINGPIN hardware lineup could continue in the future under a different brand, stating that "If the KP hardware is meant to continue on in one way or another, I'm sure that it will".

I'm thankful for all the industry friends, old colleagues, etc. that reached out. It means a lot and I appreciate it. The news isn't received well ofc, and I'm mostly sorry for the fans and people that are passionate for our brand and everything that we have done here over the years at EVGA. If the KP hardware is meant to continue on in one way or another, I'm sure that it will

. The EVGA and PC hardware enthusiast community have been great to me and my teams here over the years, THANK YOU. 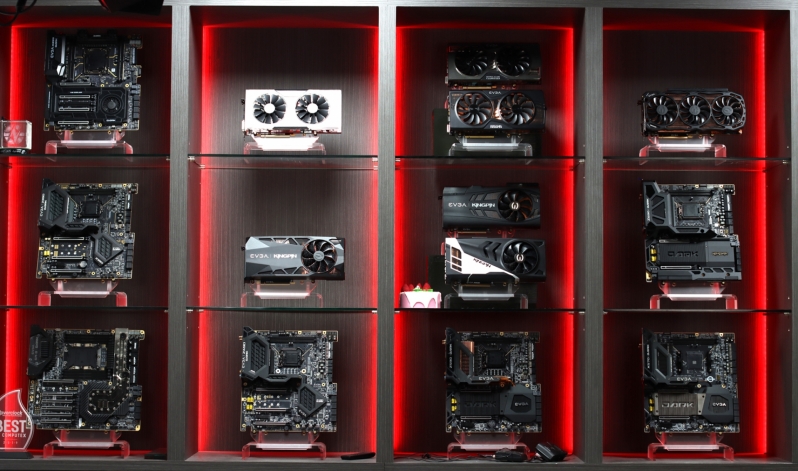 Most major GPU and motherboard companies work extensively with overclockers, receiving input from these industry experts while chasing world record performance levels every time a new generation of hardware lands. In time, it is possible that KINGPIN's hardware lineup will be revived under a new GPU brand,  though at this time it is unknown who's interested in collaborating with KINGPIN on new flagship-level graphics hardware.

You can join the discussion on KINGPIN being open to collaborations with other GPU manufacturers on the OC3D Forums.