The VirtualLink standard has been abandoned - Ampere won't support it

The VirtualLink standard has been abandoned - Ampere won't support it

With the backing of companies like HTC, Oculus, AMD, Nvidia Valve and Microsoft, the VirtualLink standard was set to become the defacto interface for future VR headsets. Support for the standard started with Nvidia's RTX 20 series of Turing graphics cards, and VR headsets like Valve's Index were due to support the interface. Now, the standard is officially dead, making that port on your RTX 2080 Ti almost useless.

Now, the official VirtualLink website is offline, and all that exists of the standard is its Wikipedia page and the USB Type-C connectors on many RTX 20 series graphics cards.

Given the current state of the standard, Nvidia has made the right call and has abandoned the port on their RTX 30 series Ampere products. Valve has also abandoned its plans to support VirtualLink on its Index headsets, and no other VR headset manufacturer has revealed plans to implement support for the standard.

VirtualLink planned to utilise the USB-C "Alternate Mode" to offer users the speeds of a USB 3.1 connection, 27W of power, and hour high-bandwidth HBR3 Display Port lanes to deliver everything that a VR headset needs to operate over a single cable. In some cases, VirtualLink could have replaced four separate cables with a single, slender connector, as many high-end VR headsets require separate USB, power and Display connections. For some headsets, separate USB, Power and twin display connectors are needed, which means that some VR headsets need four lengthy cables.

As of now, VirtualLink is dead, which is a shame given the capabilities of their standard. That said, VR remains a niche market, making widespread adoption a task that was too difficult to achieve. 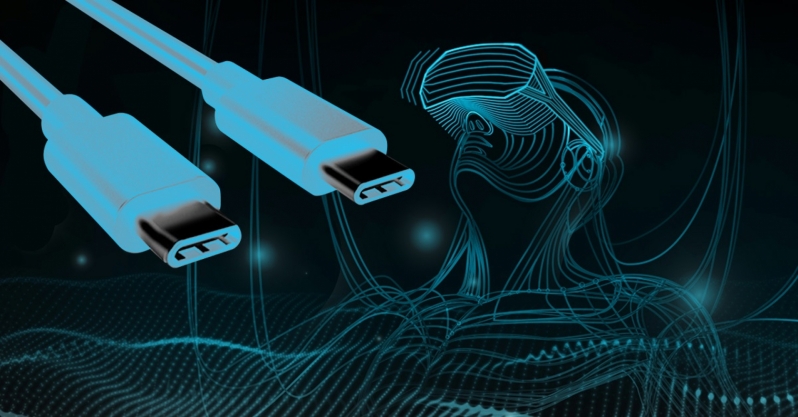 You can join the discussion on VirtualLink's death as a VR interface standard on the OC3D Forums.

Dicehunter
A real shame, I remember Valve saying they were having stability and reliability issues with it hence they never released an adaptor for the Index.Quote

Warchild
I couldnt really see how it could have handled VR in the first place. Stability is everything afterall.Quote