Rumour has it that AMD's has a Radeon RX 5500 XT graphics card up its sleeve, a graphics card which seemingly sits above the RX 5500 and reportedly ships with 4GB and 8GB variants.

The ASRock Challenger RX 5500 XT is a factory overclocked RX 5500 XT model which will reportedly ship in 4GB and 8GB flavours, boasting a boost clock of 1737MHz, which is only 20MHz higher than the "reference boost clock" that Videocardz lists. The graphics card features a dual-slot, dual-fan design, what appears to be an 8-pin PCIe power connector and offers three DisplayPort 1.4 connections and a single HDMI 2.0 output. 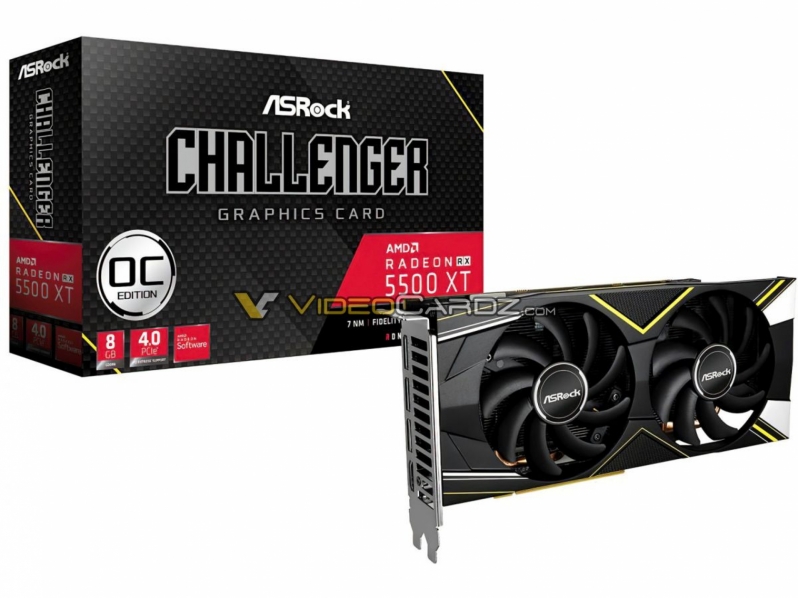 Like the ASRock model, both of Gigabyte's RX 5500 XT designs reportedly ship with 4GB and 8GB versions and factory overclockers, with the RX 5500 XT Gaming OC (pictured below) featuring a boost clock speed of 1737MHz, granting it the same clock speeds as the ASRock Challenger model.

The Gaming OC version will ship with a larger triple fan heatsink design and the same display output configuration as the ASRock RX 5500 XT Challenger, though Gigabyte's connectors appear to be gold plated. 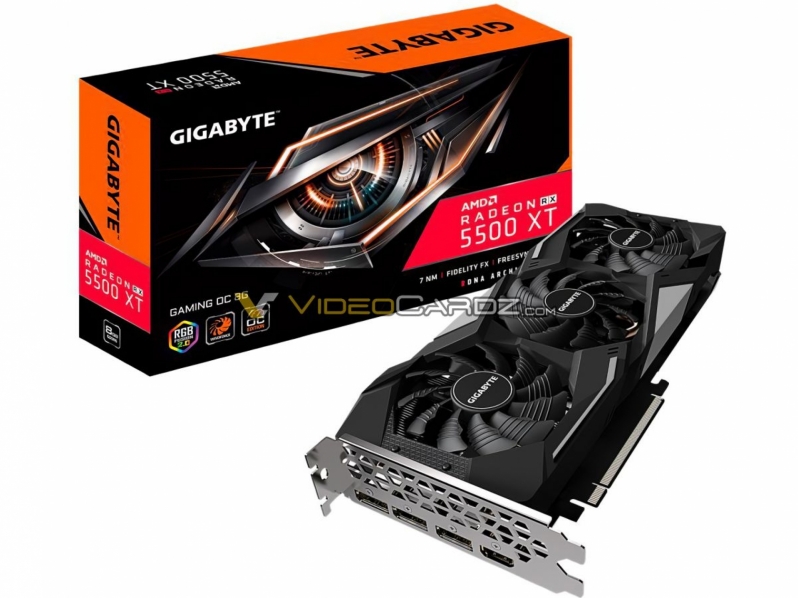 The RX 5500 XT OC from Gigabyte will use a smaller twin-fan cooler, a factor which will help it ship with lower pricing than Gigabyte's Gaming OC model. At this time the MSRP pricing of AMD's rumoured RX 5500 XT is unknown. 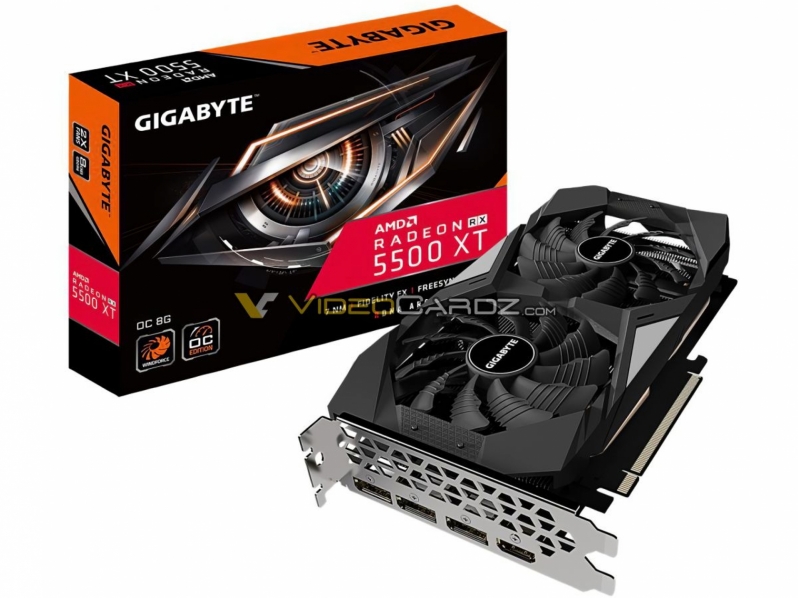 You can join the discussion on Radeon's three leaked RX 5500 XT graphics cards on the OC3D Forums.

demonking
Price dependant, I can see these making there way into a lot of lower end gaming rigs and internet café machines. I think AMD need to capitalise on their momentum as quickly as possible. 2020 is going to be the year of GPU warsQuote
Reply