Should we expect new Nvidia graphics cards in Q3/Q4 2020?

The second half of 2020 is set to transform the gaming market, both for console and PC gamers. Both Sony and Microsoft plan to unleash incredibly powerful consoles with their PlayStation 5 and Xbox Series X console hardware; and in the PC space, both AMD and Nvidia are preparing to unleash next-generation graphics hardware.

AMD's RDNA 2 series of graphics cards will be a gamechanger for Radeon, offering gamers a 50% increase in performance-per-watt over the company's existing RDNA graphics cards. This increase in efficiency comes thanks to architectural advancements, not a process shrink, signalling major changes within AMD hardware design. With such lofty performance claims, Nvidia needs to respond with a large generational leap of their own.

DigiTimes has reported that Nvidia has made large 7nm and 5nm chip orders with TSMC, signalling the release of new graphics hardware from the company in the coming quarters. Right now, Nvidia manufactures no products using 7nm or 5nm lithography, which means that these chip orders must be related to future gaming or enterprise products.

Today's Turing series graphics cards from Nvidia currently use 12nm silicon from TSMC, which means that Nvidia's next-generation hardware will benefit from a major node shift as well as any enhancements that the company has made to its latest graphics architectures. This node shift may give Nvidia the ability to deliver significant performance/watt advantages over today's graphics hardware, potentially surpassing AMD's gains with RDNA 2. 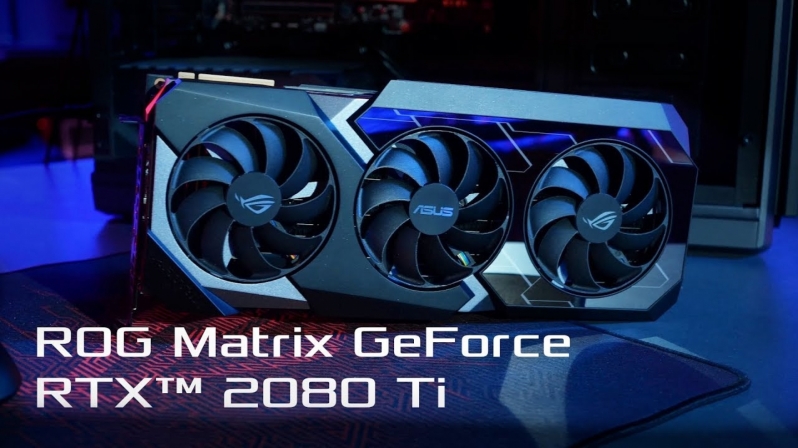 Next week, Nvidia plans to host its GTC 2020 online keynote, where Nvidia will likely its next-generation Ampere architecture for data center, enterprise and workstation users.

You can join the discussion on TSMC reportedly receiving 7nm and 5nm orders from Nvidia on the OC3D Forums.

AngryGoldfish
Will anyone have any money to buy these new behemoths?Quote

WYP
Quote:
I'm hoping that AMD's RDNA 2 cards and the release of both next-generation consoles will force Nvidia to offer people a lot more for their money.Quote

Dawelio
Quote:
Quote:
I unfortunately sincerely doubt it, especially what WYP said regarding circumstances will force Nvidia to shift a bit.

From what we've seen so far, this is not the case and they can (and most likely will) charge whatever they desire, since they know people are still going to buy their products.Quote

KingNosser
I'll go for the best performance at a price I feel is right I'm less concerned about who that is so either side need to offer a good deal or at least a fair one.

I've waited a fair amount of time could have upgraded to a 2070S by now but instead got a PS4 cheap and plenty of games, but these cards are still a ways off yet from both sides. Skipping a gen longer for a better card seemed a better idea longer term even thou my sli 970's really have seen better days much better days they were so good when I got them

The main thing is I only really want a new card for cyberpunk 2077 not enough info about things beyond that atm with everything going on, which is why I feel november is a time we might see things start to come out.Quote

WYP
It's a strange time for GPUs, getting some of my friends, who are currently using HD 7870 Tahiti cards (2GB VRAM), some tide over cards that I can get cheap for them.

I wouldn't want to spend big money on something that wasn't DX12 Ultimate ready if I want it to last for a while. A lot of people I know buy GPUs with a 4yr+ upgrade cycle in mind.Quote
Reply