This is Turing, minus the RTX fluff

If the rumours are correct that GTX 1660 Ti is exactly what many gamers wanted from Nvidia's Turing architecture, focusing on gaming performance and useful CUDA cores while taking away the Tensor cores and RT cores that go mostly unused on the company's higher-end RTX series.

Even now some gamers wish that Nvidia simply removed the RT and Tensor cores from their RTX 20 series and replaced them with additional CUDA cores, delivering a potential performance increase in every gaming application, rather than bet on the future potential of ray tracing and AI performance.

Today, we have images of two of Zotac's Geforce GTX 1660 Ti offerings, which are rumoured to launch on February 22nd. Both of these graphics cards are listed with "Turing Shaders", rather than RTX features, and are said to have 6GB of GDDR6 memory. The images below come via Videocardz.

First up, we have Zotac's GTX 1660 Ti AMP, which uses a dual-fan cooler design and ships with a full-cover backplate. This graphics card appears to be powered by an 8-pin PCIe power connection and offer three DisplayPort outputs and a single HDMI 2.0b connector. 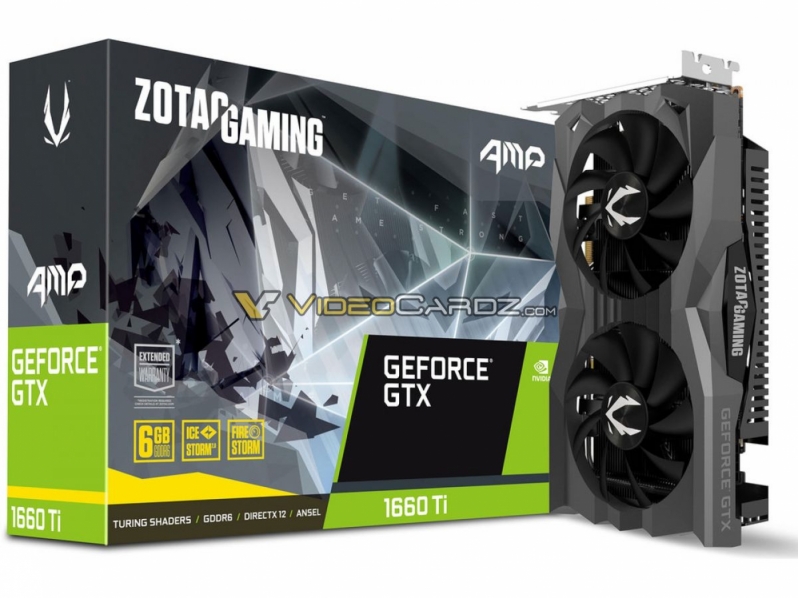 Below the AMP we have the Zotac Gaming Geforce GTX 1660 Ti Twin Fan, which features a smaller cooler design and what appears to be a shorter PCB. The graphics card doesn't seem to ship with a backplate, making it Zotac's budget-oriented GTX 1660 Ti offering. It too offers three DisplayPort 1.4 outputs and a single HDMI 2.0b connection. 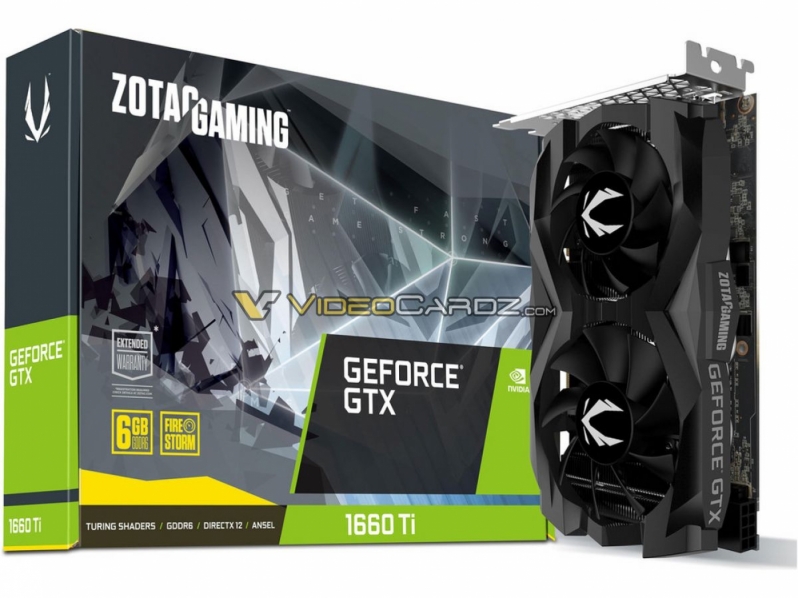 You can join the discussion on Zotac's GTX 1660 Ti offerings on the OC3D Forums.