Graphcore has created their own IPU (Intelligent Processing Unit)

In today's market, some of the best machine learning solutions can be found in modern GPU solutions, especially those that offer the ability to compute lower-precision calculations with ease.

The problem with using GPU hardware for AI calculation is that GPUs are not specifically designed for artificial intelligence, which means that more specific hardware will always be preferable. This has lead Google to create their own Tensor processors and for Nvidia to integrate Tensor units on their latest Volta V100 GPU, though a small UK-based company called Graphcore claims that they can do better.

Graphcore is currently working on launching a new 16nm IPU (intelligent processing unit), with the company raising a total of $60 million in series A funding. This chip is designed to work with massively parallel, mixed-precision floating point compute tasks, with up to two of these chips coming on a single PCIe card.

The company plans on releasing this compute card in late 2017, with more general availability on early 2018. The CTO of Graphcore, Simon Knowles, states that their new IPU cards will offer performance that is "well beyond the Nvidia Volta and well beyond the Google TPU2 card".

[With 1,000 processor units per chip], it’s designed from the ground up for machine intelligence,

It’s nothing like a GPU; it’s a very large state-of-the-art 16nm FinFET chip and we put two of those on a PCI Express card and bolt them together.

It’s designed to be clustered into arrays but [for] our first product we put two on a PCI Express card and that’s equivalent to buying a GPU card. You can plug it into the same socket and you can run the same software that you’ve written in TensorFlow or something like that. It will just run faster; same power budget, same physical form factor. 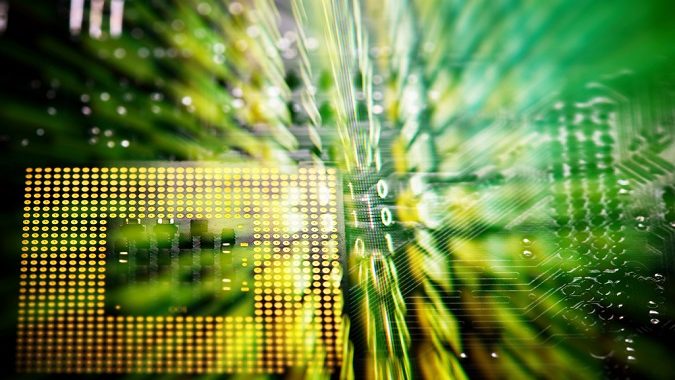 Graphcore is working to ensure that their hardware will work will all popular machine learning frameworks, including Tensorflow, MxNet, Caffe2 and PyTorch, with Graphcore stating that AI has the potential to disrupt the silicon status quo.

Much like the rise of mobile lead to ARM's success, the rise of AI could lead the success of a new technological giant, provided that this newcomer can truly compete with both Google and Nvidia.

You can join the discussion on Graphcore's Colossal AI ambitions on the OC3D Forums.

Bagpuss
One of two things will happen but the end result will be the same..

1. The tech is great but they have terrible marketing, the product fails to mkae any inroads and are forced into a buyout by one of the US giants, who go on to make all the money from it.

2. The tech is great and it's a huge success, at which point the British management want to cash in and so agree to a buy out by one of the US giants, and another home grown tech start up disappears into corporate America, who make all the money from it.

NeverBackDown
Will be interesting to see if they are correctQuote
Reply