After the reveal f Half-Life Alyx, demand for Valve's high-end Index VR headset shot through the roof, highlighting the impact of the so-called "AAA VR game" on headset demand. Since then, Valve's VR headset has mostly remained out of stock, with all new stockings of the headset quickly flying selling out fast.

Now, Valve has confirmed that the global Coronavirus health crisis has impacted the production schedules of Valve's Index headset, lowering the number of Index headsets which will be available for sale before Half-Life Alyx's March 23rd launch. Valve expects its Index shipments to be impacted for the next few months, limiting the company's ability to ship its VR headsets to gamers.

While Half-Life Alyx will be playable on competing VR headsets like HTC's Cosmos and Oculus' Rift series of headsets, Valve has confirmed that some of the game's optional interactions will only be available in its advanced Index controllers. Below is an official statement which was released to UploadVR by Valve.

With Half-Life: Alyx coming March 23rd, we are working hard to meet demand for the Valve Index and want to reassure everyone that Index systems will be available for purchase prior to the game’s launch. However, the global Coronavirus health crisis has impacted our production schedules so we will have far fewer units for sale during the coming months compared to the volumes we originally planned. Our entire team is working hard right now to maximize availability. To receive a notification as soon as the Valve Index is back in stock, please visit Steam and click “Notify Me.” 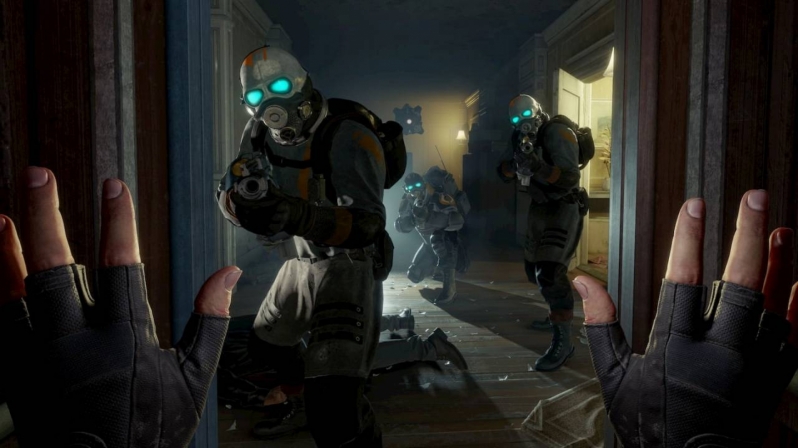 Valve's Half-Life Alyx will be released on March 23rd through Valve' Steam platform. Owners of Valve's Index VR hardware will receive a free copy of the game on launch day.

You can join the discussion on Valve's Index VR headset production being affected by Coronavirus on the OC3D Forums.

NeverBackDown
It's been called Covid-19 for like 11 days now. It makes me think Valve is making it up because they should know the situation if they are in touch with the factories... not that I see them lying but at the same time I feel like many companies around me are blaming Covid-19 just as a convenient excuse to charge more... Supply and demand and whantot.Quote

WYP
Quote:
A lot of manufacturing supply chains are linked with China somewhere, and it takes time to realise that a supplier has issues. If one factory can't get parts, it can't finish its work etc etc. Even if the factory you work with isn't in an affected area, its supplier could be. Get a few delayed orders and things can get tricky.

I'm guessing that a lot of people through that this Coronvirus stuff would blow over quickly and that it wouldn't impact production for very long. IIRC, Apple has already lowered its revenue forecasts over this.

With Valve sellings its headsets directly to consumers, they can't really get away with price gouging. If they make the price higher, they are the only ones to blame.Quote

grec
Well I can confirm our manufacturers in Shenzhen have been forced to shut down for a fair few weeks and our contacts there have had to work from home keeping us updated, initially they expected the shutdown to last little more than a week, all our Chinese contacts refer to it simply as coronavirus as it's unambiguous what they're referring, and from the sounds of it this had impacted a majority of the factories in Shenzhen ("The Chinese silicon valley") for at least a couple of weeks.Quote

Warchild
Amazing how they have it made in China, but cannot ship or provide it in online stores like Norway