This G-Sync Ultimate Mini LED monitor is a beast

With 1152 dimming zones, ViewSonic's ELITE XG321UG has the ability to offer deep black levels and ultra-bright highlights. While Mini-LED cannot offer the per-pixel luminance of OLED screens, its local dimming capabilities are capable of delivering impressive results. What's even more impressive is that this local dimming technology is designed to keep up with this monitor's maximum refresh rate of 144Hz.

VESA has rated ViewSonic's ELITE XG321UG as being DisplayHDR 1400 certified, verifying that this screen is capable of insane peak brightness levels. This screen is designed to be used with DisplayPort 1.4, with it being the only port that's capable of supporting this screen's 144Hz maximum refresh rate. This screen also features support for multiple HDMI 2.0 connections. Sadly, HDMI 2.1 is not supported by this gaming monitor. 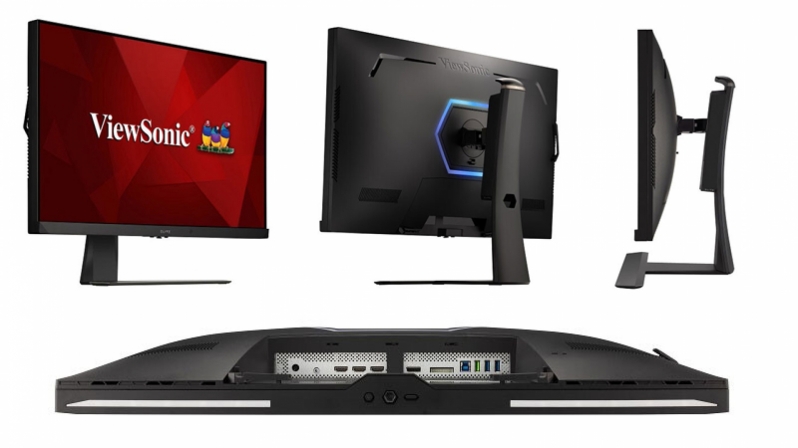 With a price tag of $2,499.99, ViewSonic's ELITE XG321UG G-Sync Ultimate monitor will be priced well outside of the price ranges of most gamers. That said, this monitor is not targeted at most PC gamers, it's targeted at gamers who already own an ultra-high-end Nvidia-powered gaming system.

You can join the discussion on ViewSonic's Elite XG321UG Mini LED 4K Gaming Monitor on the OC3D Forums.

Dicehunter
Specs are great, Aesthetics are nice and clean but with that price it's staying on the shelf

NeverBackDown
You're telling me a price tag that high and not even HDMI 2.1? Really going to expect people to use compression on such a high end monitor? What a joke. Like dice said it's staying on the shelfQuote

WYP
Quote:
That's the price of G-Sync Ultimate. It needs that Nvidia chip inside, and that NV chip doesn't support HDMI 2.1.Quote

NeverBackDown
I understand that and I think Nvidia is on crack if they haven't bothered to upgrade their chip in the past few years.Quote

WYP
Quote:
It isn't a huge priority for them. They know that DisplayPort 1.4 is what a lot of PC gamers will use and that they just need to main PC connector to be optimised. Nvidia's optimising for their products first, not someone else's (consoles).

Beyond that, there are a lot of snobby folks out there that deep enough in the PC Master Race (hate that term) mindset that they won't care much about console support either.

Nvidia will probably create a G-Sync module with HDMI 2.1 at some point, I just don't expect them to be in a rush. Beyond that, DisplayPort 2.0 is coming. That will be their focus when the time comes. DP 2.0 should offer near 80 Gbps of bandwidth.Quote
Reply