In case you were not aware, a alleged RTX 4090 Ti heatsink has leaked onto the web, giving us what could be our first look at Nvidia's post-Ampere gaming flagship.

Once that news went live, we started hearing some whispers from our contacts, adding extra weight to existing industry rumours while adding some juicy new details into the mix that we thought were of interest to our readers.

By taking a closer look at Nvidia's alleged RTX 4090 Ti heatsink, we found that its design suggests that the RTX 4090 Ti's PCB is very similar to Nvidia's RTX 3090 Ti. The screws around the GPU core/memory are at the same locations, both GPUs feature a similar VRM layout, and both graphics cards use the same V-style Founders Edition PCBs. Beyond that, we can also see that Nvidia will be locating the RTX 4090 Ti's 16-pin PCIe 5.0 power connector at the same location as their RTX 3090 Ti, as the cut-out is already there.

Below, we have an image of an RTX 3090 Ti heatsink, and above we have Nvidia's alleged RTX 4090 Ti heatsink. While both are similar in many regards, it is clear that Nvidia's newer RTX 4090 Ti heatsink has a larger baseplate that can cover the graphics card's GPU core and memory. This design should lower VRAM thermals significantly, addressing a weakness in the design of Nvidia's RTX 30 series Founders Edition models.

We can see that both GPUs have their VRMs and other mower circuitry at similar locations, and that both graphics cards are around the same height. In theory, Nvidia's RTX 4090 Ti heatsink could be fitted to an RTX 3090 Ti graphics card, assuming that our "almost identical PCB" theory is correct.

Some sources have said to us that their RTX 3090 Ti graphics card designs are created with future products in mind, testing the water for something newer. In theory, the RTX 3090 Ti could be a simple silicon swap away from becoming an RTX 40 series product. To put things another way, Nvidia's RTX 3090 Ti was a test platform for Nvidia's RTX 40 series. 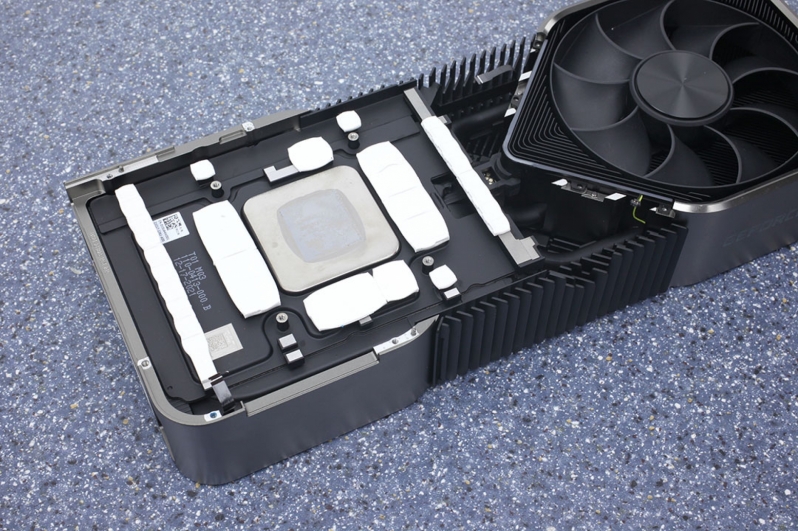 Looking at Nvidia's RTX 3090 Ti Founders Edition PCB, it is clear that there are some locations that are missing components. There are several spots where additional VRM's could have been mounted, suggesting that Nvidia could have created a graphics card with stricter power requirements than an RTX 3090 Ti. The same is true for the PCBs of many AIB RTX 3090 Ti models.

In theory, Nvidia's RTX 4090 Ti graphics cards will support water blocks that are RTX 3090 Ti compatible, though it is possible that small design tweaks will be needed. Even so, we should expect custom water blocks to become available for Nvidia's RTX 4090 series GPUs shortly after launch. If what we are hearing is correct, there may already be water block designs that are in the wild and ready for testing/validation.

You can join the discussion on water blocks already being designed for Nvidia's RTX 4090 series graphics cards on the OC3D Forums. 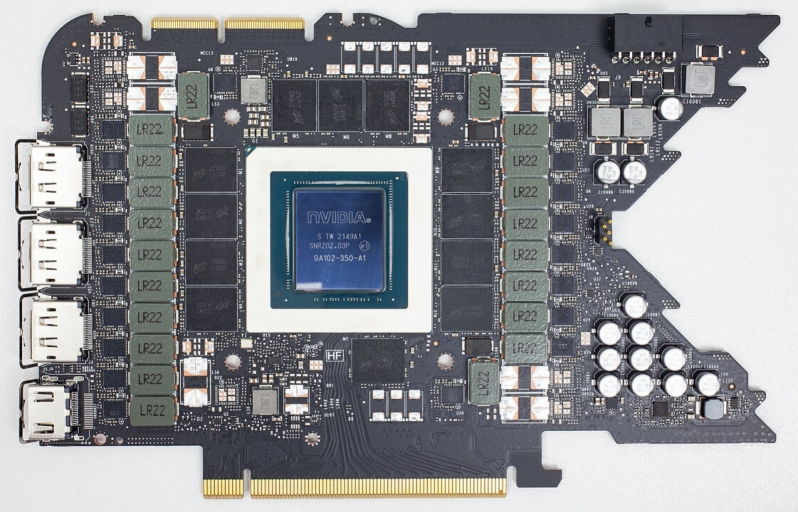