It looks like XFX's planning to go big with it's next Radeon Navi graphics card, building upon their already THICC Radeon RX 5700 XT models, expanding to a triple-fan setup which promised enhanced cooling potential and perhaps increased performance. 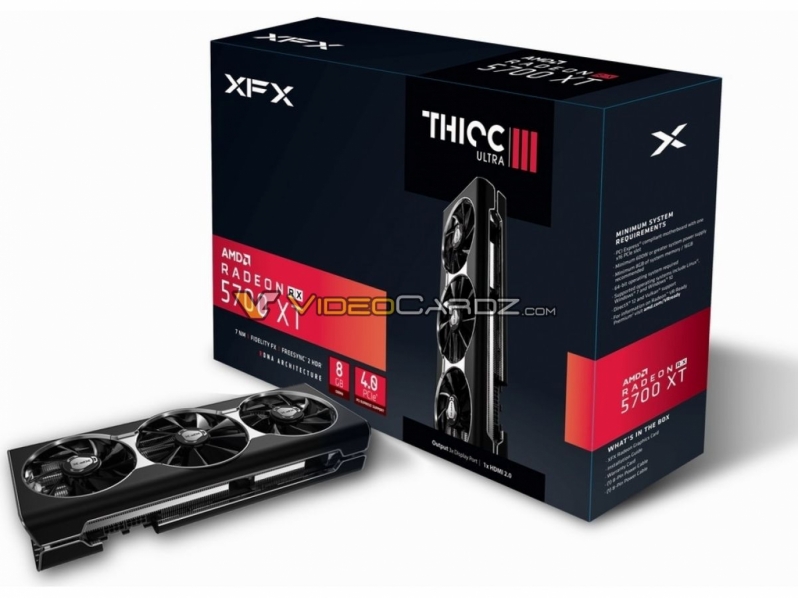 With their RX 5700 XT THICC III, XFX plans to bring forward the best possible performance from AMD's RDNA architecture and Radeon RX 5700 XT. This comes with the same chunky aesthetic as XFX's existing RX 5700 XT THICC II, albeit with an extended finstack and an additional fan.

Like XFX's existing THICC II, the THICC III will feature a 2.7-slot design, scaling this graphics card to a thickness that's a lot larger than most modern graphics cards. While this necessitates the use of a larger PC case for some users, it also grants the GPU a chunky appearance, where it's chrome-like elements are reminiscent of classic cars and other luxury items.

Looking at the THICC III, it seems clear that XFX remains committed to AMD/Radeon, and the scale of this GPU heatsink also shows that XFX is preparing themselves for the prospect of larger Radeon graphics hardware. Perhaps we will see this cooler, or one that's similar to it, on AMD's rumoured RX 5900 XT. If AMD's planning a "Big Navi" graphics card, XFX appears to be ready for it. 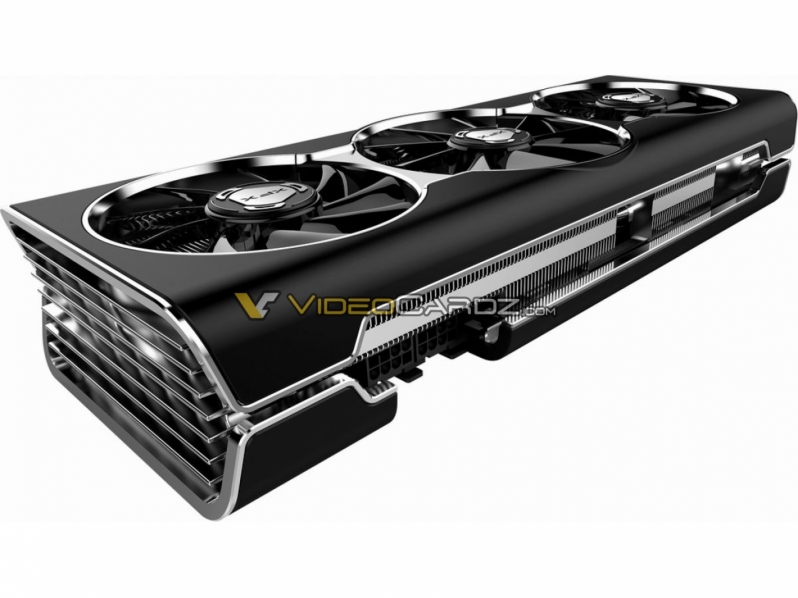 At this time, XFX's Radeon RX 5700 XT THICC III Ultra hasn't been officially unveiled. Even so, we look forward to seeing this graphics card hit the market. Simply put, more consumer choice is never a bad thing, and the prospect of a faster RX 5700 XT isn't something that should be scoffed at.

You can join the discussion on XFX's rumoured Radeon RX 5700 XT graphics card on the OC3D Forums.

AngryGoldfish
They really screwed up the THICC II, which on paper looked like a good card. PowerColor and MSI absolutely trounced it with their dual fan designs, and the PowerColor one is much thinner and cheaper. It feels like a THICC III is just a slap in the face. "We failed before but NOW we're gonna get it right."Quote

Giggyolly
I really hope this addresses the issues with the THICC II, these look like really nice cards.
I'm waiting for big navi, and would like XFX to be an option.Quote

looz
Quote:
How so? What's wrong with improving their products?Quote

AngryGoldfish
Quote:
It's not the same product. When I first heard about this, I genuinely thought it was a revision to their THICC II. I thought it would be awesome if XFX corrected their design errors. But then I twigged on that II meant dual fan while III would mean triple fan.

The THICC II is not a budget RX 5700 card, but it's a poorly performing one. So what XFX have done is, create a new product after the fact that is supposed to be superior in every way but looking the same. It's like when Nvidia released their 'Super' variants. It made you feel like the original was a stop-gap. It was a tease, a drip feed. "We failed you before, but that wasn't the real product, so it's OK. We were just testing the market with that. The THICC III is and always was our REAL performer". I know I'm extrapolating a lot here, but I hope the point I'm trying to make is still understandable.

I don't want a bigger, more expensive version of a product months after the smaller one failed miserably. If the THICC II was tiny and cheap, fine. But it's not. It had major design flaws. If you can't do that right, why would you expect consumers to pay more just for an extra fan? Every product should be the best it could be given its market. The THICC II didn't appear to be like that at all given the reviews and tear-downs I've seen. Also, PowerColor managed to get a more compact version right, as did other manufacturers.Quote

Giggyolly
Quote:
Yeah I'd lean more on the fact they've learned form their failure, and are acting to resolve.
You'll also notice the THICC II has dropped in price to match reference cards. Is this to clear out stocks? Maybe. But it's also quite good value at the same price as reference.Quote
Reply