XFX appears to be preparing a toned-down version of it's Radeon RX 6000 series of MERC 319 graphics cards, new GPUs which should feature lower price points and be easier to manufacture.

This graphics card model was first spotted by @pm_burowietz on Twitter and later found by @harukzae5719. Like the MERC 319, the QICK 319 feature a triple-fan heatsink design which appears to be 2.5-slots thick. The LED-lit Radeon RX 6800 logo on the side of the MERC 319 graphics card appears to be missing from the QICK model, allowing airflow to more freely move out the side of the QICK's aluminium fin stacks.

We expect that the QICK 319 will use a less overbuilt PCB than its MERC counterpart, though this has not been confirmed. At this time, XFX has not officially revealed its RX 6800 QICK, leaving us unable to reveal everything about this new GPU model. 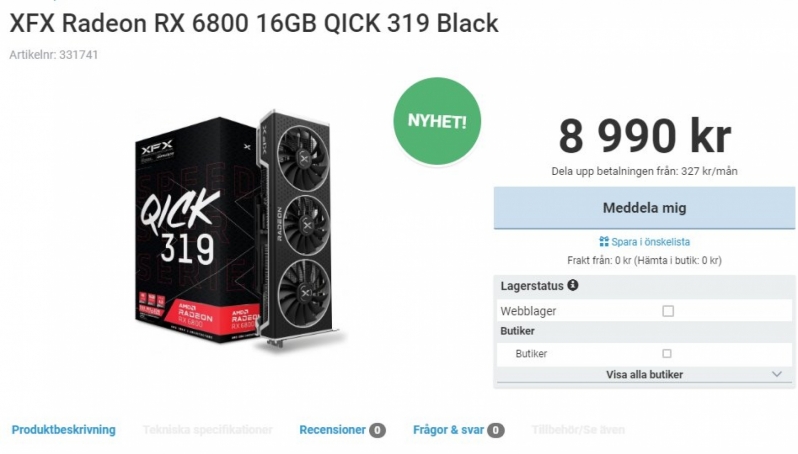 For those who like the look of XFX's Radeon RX 6000 series MERC graphics cards, the QICK series should prove to be an equally pleasing design. We expect XFX to reveal more about their QICK series graphics cards in the near future. 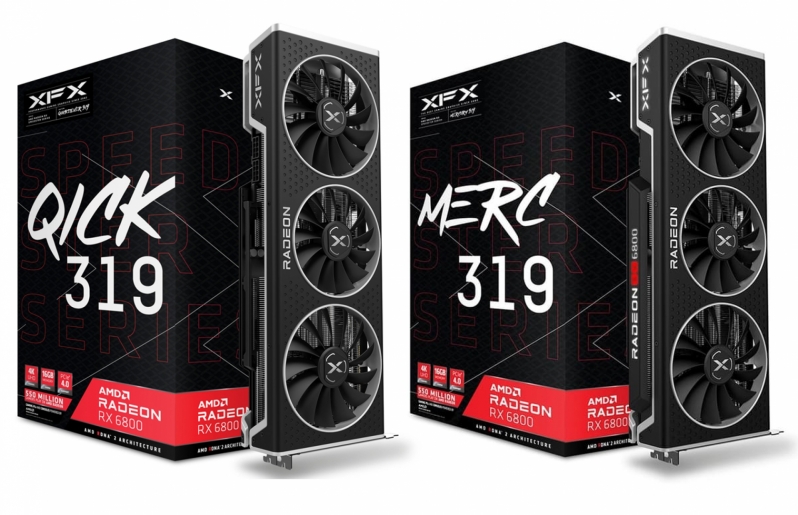 etaXdoa
They also seem to have a cheaper 6900xt "core" version which does not have the USB-c output and a slightly different backplate.Quote
Reply