This graphics card has a 3x 8-pin power setup

Another custom Radeon RX 7900 XTX design has been spotted, with today's leak time coming from @momomo_us, who has revealed images of XFX' RX 7900 XT and 7900 XTX MERC 310 graphics cards. 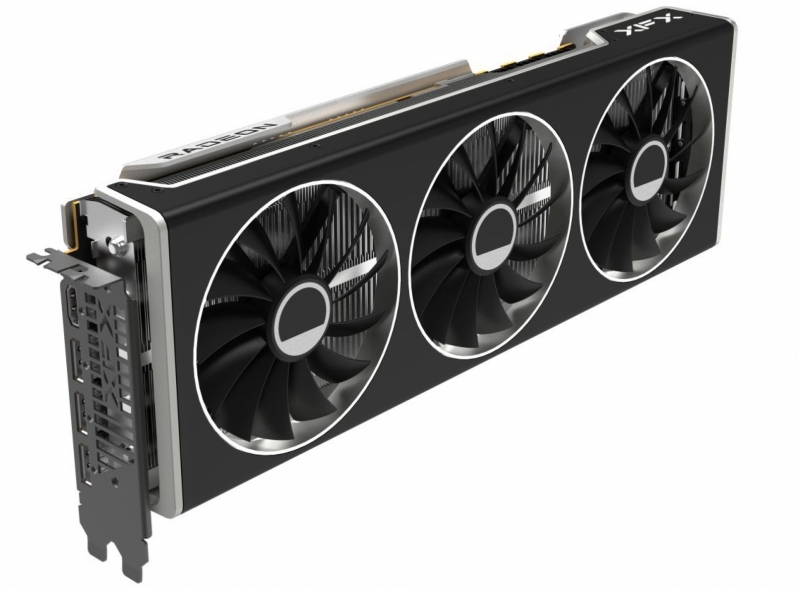 While XFX's design is similar to their RX 6000 series MERC series models, XFX's RX 7900 XT/XTX design does appear to have a new backplate design that maximises surface area  and offers more space for airflow. XFX are obviously taking cooling seriously with their custom RX 7900 designs. 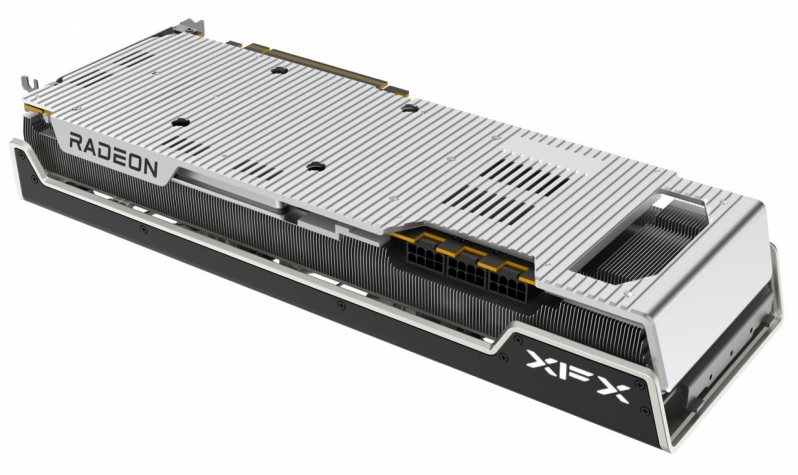 At this time the pricing, clock speeds, and release date of XFX's custom RX 7900 series graphics cards remain unknown. While AMD's RX 7900 XT and RX 7900 XTX are due to launch next week, it is unknown if XFX's custom graphics card models are ready for retail availability.

You can join the discussion on XFX's RX 7900 XTX MERC 310 graphics card on the OC3D Forums. 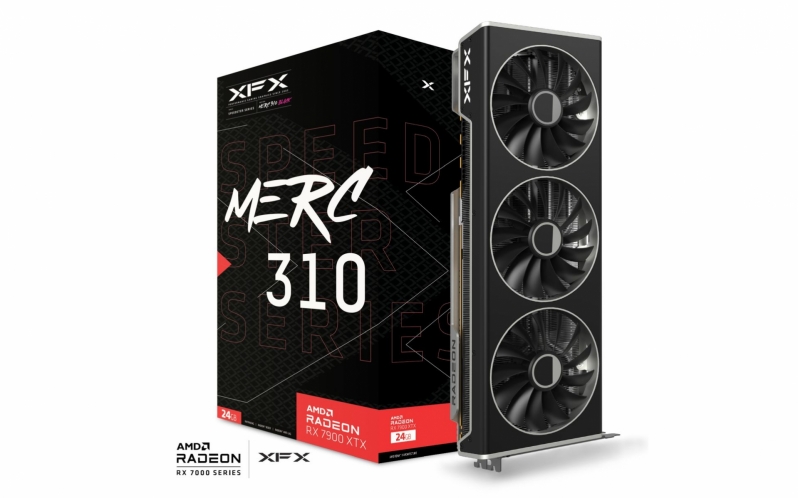 AlienALX
Doesn't look too thick either.

Glad they ditched the chrome plastic and went to silver too, looks more classy IMO.Quote
Reply