Zotac's PR team have made a mistake, accidentally revealing on Twitter that Nvidia will be revealing their RTX 3080 Ti and RTX 3070 Ti graphics cards during their Computex 2021 keynote.

Thanks to @ghost_motley on Twitter, we have managed to get access to an image of their original Tweet, which confirms that Nvidia's new graphics cards will be "available soon" and that they will be creating their own "Zotac Gaming" branded variants of these graphics cards.

Zotac quickly deleted their Tweet, but the internet never forgets. Zotac has confirmed what Nvidia will be announcing during their Computex keynote. That said, critical information like the retail pricing and availability of these new graphics cards remains unknown.

Recent reports from Videocardz claim that Nvidia has a June 2nd review embargo for their RTX 3080 Ti and a June 9th Review Embargo for their RTX 3070 Ti. Retail availability will reportedly be one day later, and it is probable that day-1 retail stock of these graphics cards will not last for long. 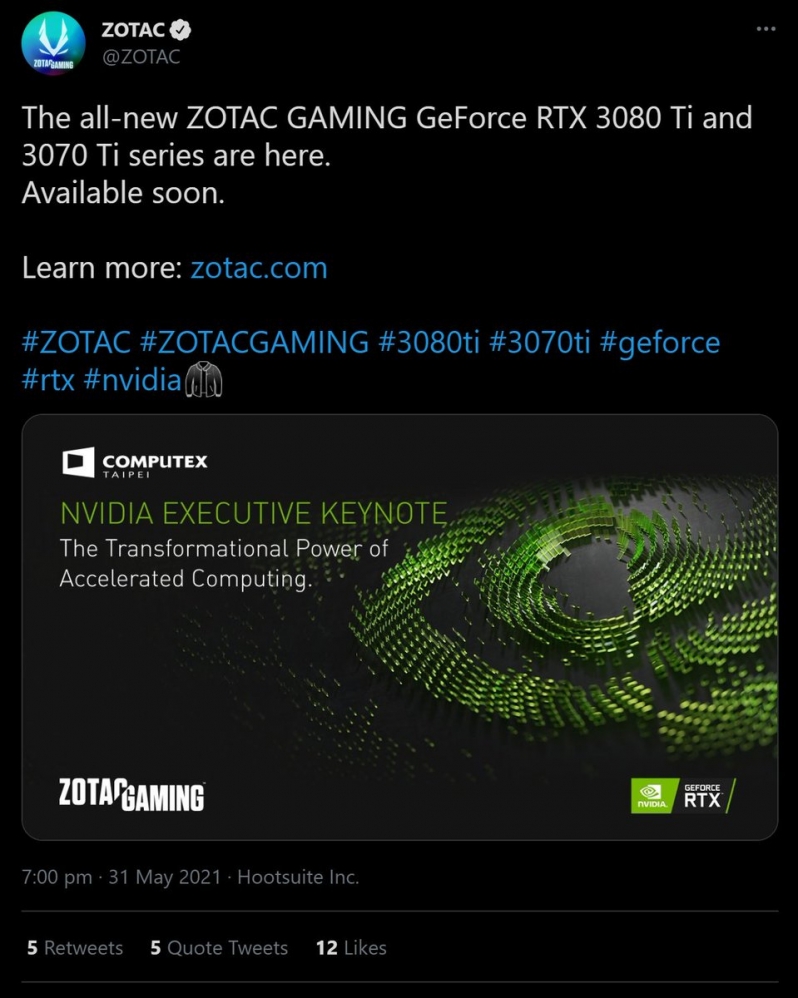 You can join the discussion on Zotac's accidental confirmation of Nvidia's RTX 3070 Ti and RTX 3080 Ti on the OC3D Forums.