This GPU boasts a 16+4 phase power system and Spectra 2.0 lighting

With this ArcticStorm graphics card, Zotac has used laser etching to allow their RGB lighting to illuminate several sharp features, from Zotac's V-shaped gaming logo to several angular outlines and shapes across the water block's surface. 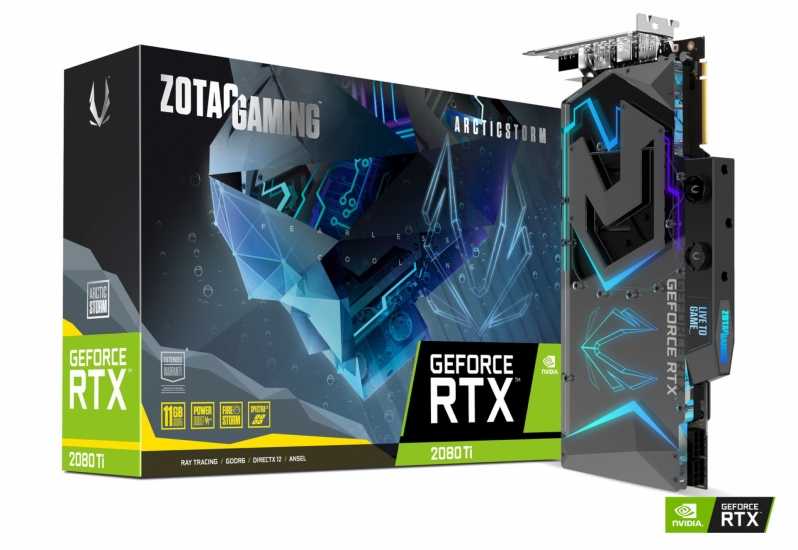 Specifications-wise, Zotac ships with RTX 2080 Ti ArcticStorm with a stock boost clock of 1575MHz, which is a mere 35MHz above Nvidia's reference RTX 2080 Ti and 60MHz below Nvidia's RTX 2080 Ti Founders Edition. This can be improved via overclocking, which can be done manually and using Nvidia's OC scanner technology.

You can join the discussion on Zotac's RTX 2080 Ti ArcticStorm on the OC3D Forums.

Peace Đ
Looks rather epic if you ask me!