We all know that Nvidia's RTX 40 series is on the horizon. Nvidia has confirmed that they have a "Special Broadcast" planned on September 20th, and Jensen Huang doesn't host events like this unless Nvidia has something big to reveal.

Now, RTX 40 series leaks are starting to come in quick and fast, with ZOTAC's RTX 4090 AMP Extreme AERO graphics card being one of the first to smile for the camera. Both the graphics card's boxart and images of multiple freshly manufactured graphics cards have leaked online via baidu, showcasing a graphics cards with a new heatsink design and packaging design.

Below, we can see a graphics card that is at least three PCIe slots thick, with the GPU's boxart claiming that Nvidia's RTX 4090 features AI-Accelerated Performance", "fine-tuned drivers", and can deliver "Realistic and immersive graphics". 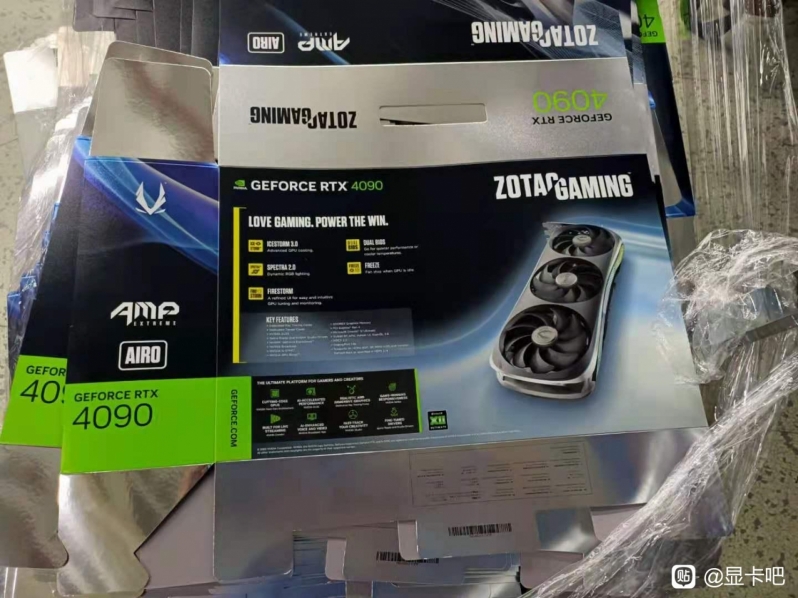 Sadly, the images below do not give us a clear look at ZOTAC's RTX 4090 AMP Extreme graphics card. We believe that the image below showcases a single 16-pin (12+4-pin) PCIe 5.0 power connector, but aside from this, we can tell you relatively little about the graphics card.

We cannot see what display connectors are available on this graphics card, or tell exactly how thick the graphics card is. This GPU had a triple-slot PCIe backplate, though based on the image below we would not be surprised if this graphics card required four PCIe slots worth of space. 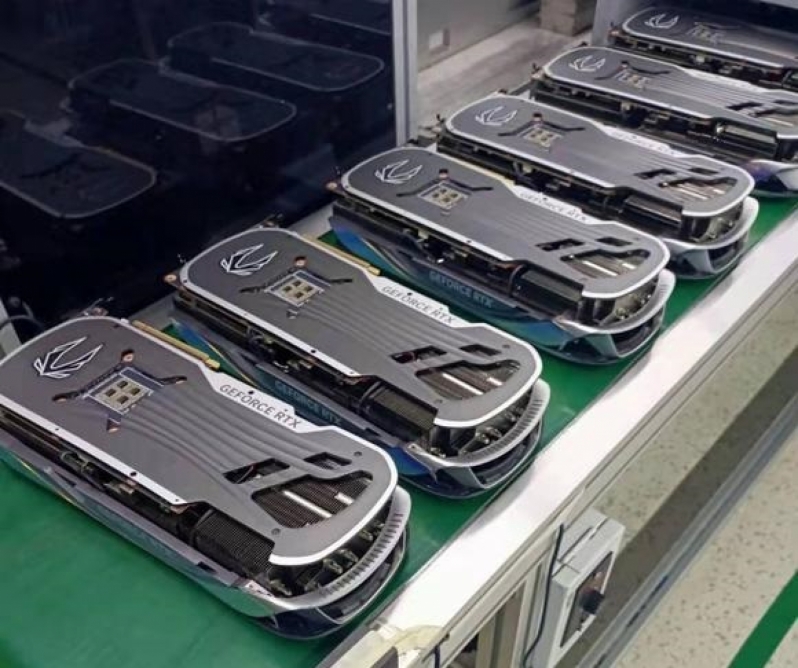 Currently, Nvidia's TX 4090 graphics card is expected to feature an AD102 Lovelace graphics core and 24GB of GDDR6X memory. Reports have claimed that the graphics card will have around 16,000 CUDA cores, representing an over 50% increase in CUDA core count over Nvidia's RTX 3090. Beyond that, recent leaks have suggested that Nvidia's RTX 40 series will also feature higher core clock speeds (more information here).

You can join the discussion on ZOTAC's RTX 4090 AMP Extreme AIRO graphics card on the OC3D Forums.

KingNosser
I stand corrected seems like the £2500 tag is for the 4090 not the ti model oh well guess you all better get your extra £1k ready, we all knew they were going to cost more.

I guess the real question is are they worth it, when the market is flooded with current gen.Quote

AlienALX
Quote:
Nah man you would be amazed at how many people thought they would be cheaper. Like, much cheaper

Comes as no shock to me really, but I suppose they have one coming

Are they worth it? absolutely not. No way, no how.

If you take a quick look at the games that need them right now? that would be 0.

I mean, at least in the past they would have given us a courtesy lick by having a really good game waiting for us to play on them. Now? it's just a dry bumming with no game to play to sweeten the deal.

And yeah, if they have to release a Ti variant you can expect the price to rise massively, because the Ti will be the full fat version they reserve for Quadro etc cards.Quote
Reply