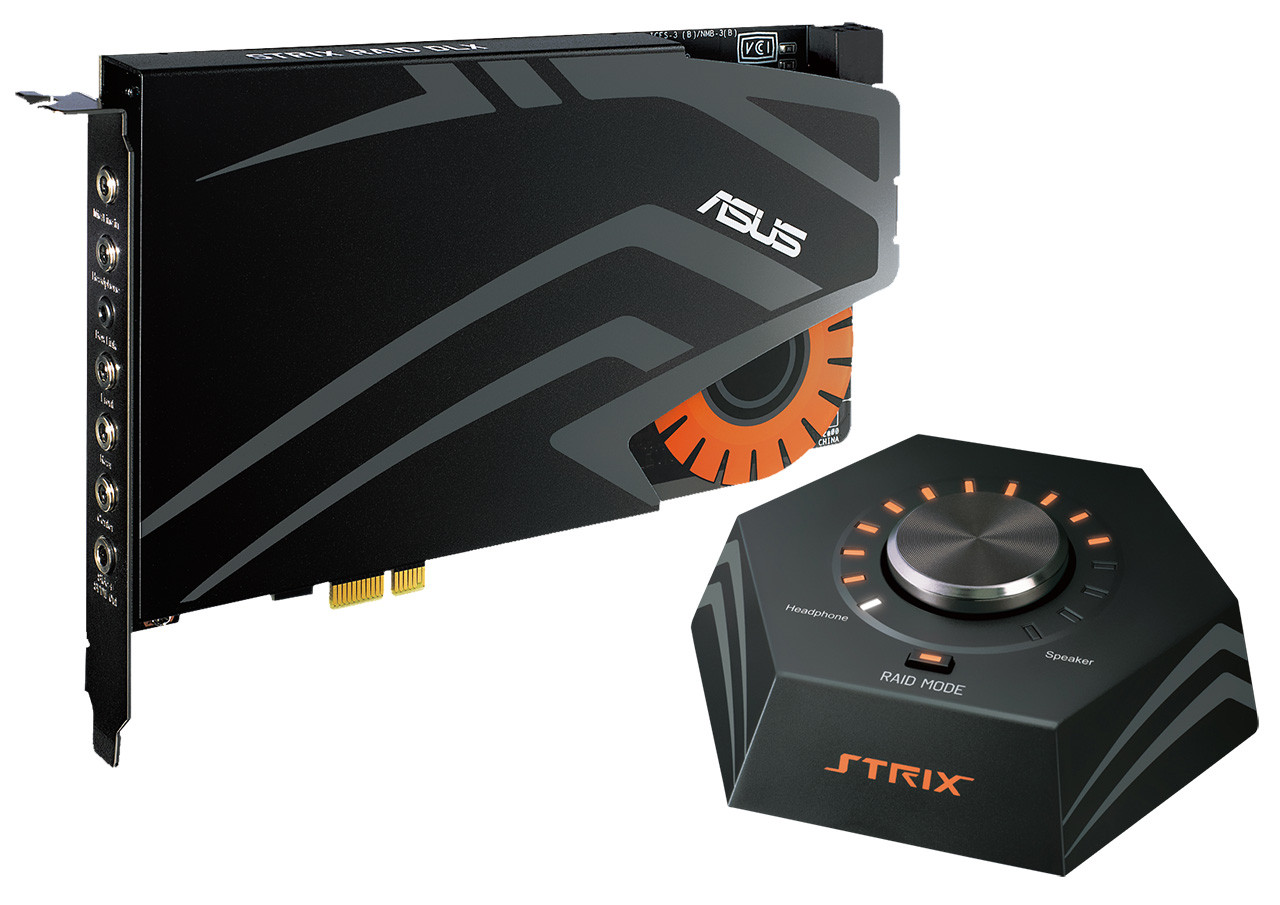 Instant in-game audio adjustment with Raid Mode
Strix Raid Mode lets gamers with Strix Raid DLX and Strix Raid Pro sound cards save their favorite audio adjustments into custom presets that they can instantly turn on or off with the dedicated Raid button on the included soundcard audio control box. This powerful feature ensures gamers will never miss a single moment of gaming action by having to pause their game and open software to adjust their audio settings. The audio control box also has a convenient control knob that lets users adjust the volume and the Raid Mode intensity level, while also doubling as an output-selector button to switch between headphones and speakers. 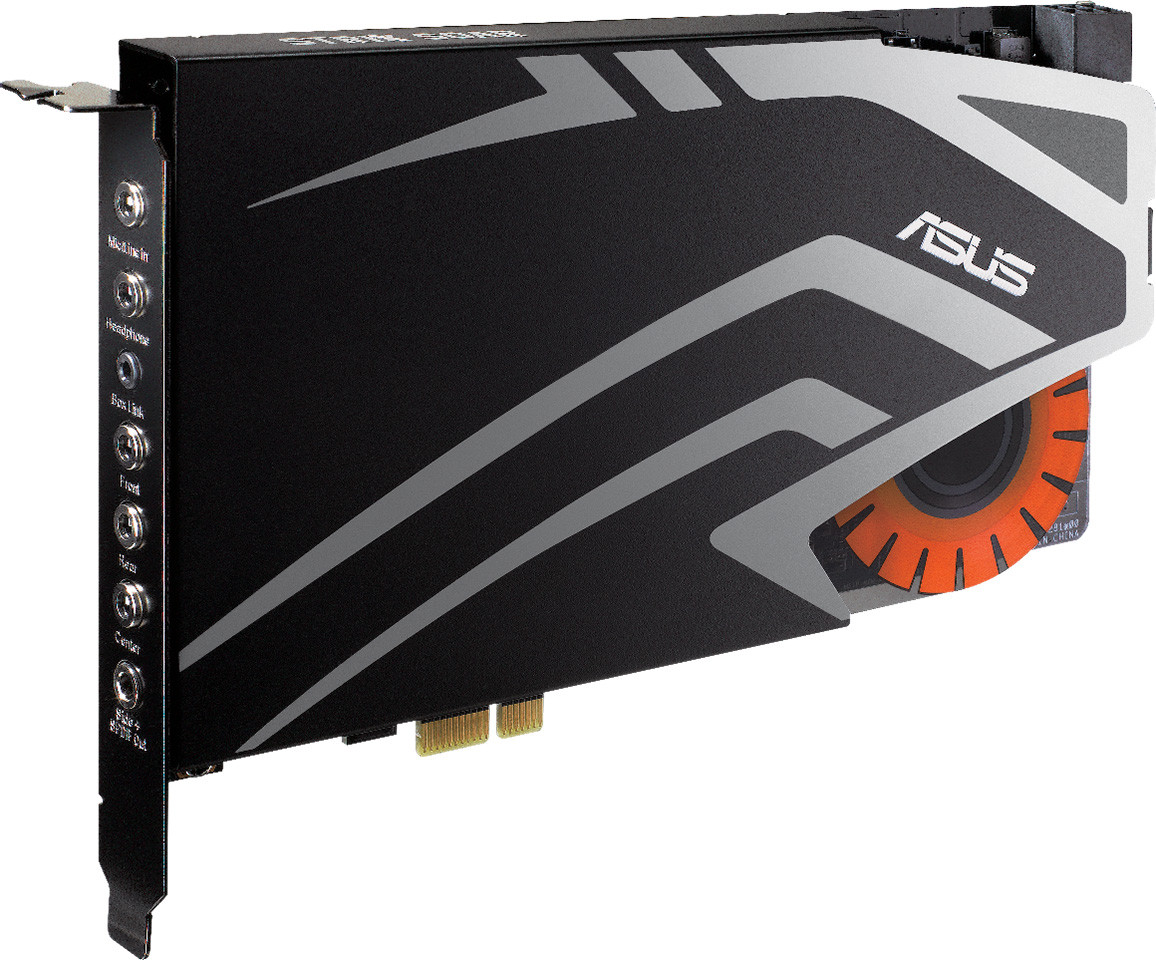 Simple audio configuration with Sonic Studio
Strix Raid DLX, Strix Raid Pro, and Strix Soar sound cards come with Sonic Studio, the next-generation sound utility from ASUS that provides gamers complete control over their sound card's audio features. It features a beautiful, intuitive interface that groups a wide range of audio-adjustment functions together logically, making Sonic Studio both powerful and easy to use. Unlike typical audio utilities with multi-screen interfaces that make configuration complicated and time-consuming, Sonic Studio has an elegant all-in-one view that puts all the necessary controls on a single screen to make adjustments fast and easy for users 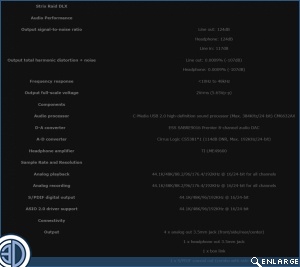 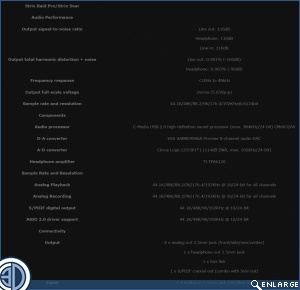 Sonic Studio also includes controls for Sonic Radar Pro, a unique feature that precisely maps in-game sounds - such as footsteps and gunshots - and displays them on an on-screen overlay, so gamers can pinpoint their enemies for a competitive advantage in first-person shooters.

You can join the discussion on the ASUS Strix series of Sound cards on the OC3D forums.

Dicehunter
This explains why they've stopped supporting the Phoebus line of cards and why they're not releasing a W10 driver.

Guess it's finally time to ditch Asus and go the AMP/DAC route.Quote

Dawelio
Everything is starting to get too much ROG and Strix these days lol.Quote

Doomslayer
Quote:
TBH i think there is a lot of people who like the ROG & Strix branding.Quote

Dawelio
Quote:
Yah, hence why they keep coming... if people wouldn't like it, then the chances wouldn't be as high.Quote