It looks like Intel's Thunderbolt standard's getting a 2x bandwidth boost!

Intel's Gregory Bryant has been busy visiting the company's R&D labs in Israel, getting a glimpse at what's coming next from the team behind Thunderbolt, Intel's high-speed interconnect standard.

In a now-deleted Tweet, as spotted by Anandtech, Bryant released images that included information that detailed what appears to be a next-generation 80Gbps Thunderbolt standard. This Tweet was replaced by the Tweet embedded below.

Day 1 with the @intel Israel team in the books. Great views…incredible opp to see @GetThunderbolt innovation …a validation lab tour and time with the team…can’t wait to see what tomorrow brings! pic.twitter.com/GKOddA6TNi

With Thunderbolt 5, Intel plans to continue utilising the USB Type-C connector, generating a significant increase in bandwidth using PAM-3 modulation technology. Thunderbolt 5 will deliver Intel's first increase in Thunderbolt bandwidth since Thunderbolt 3, as Thunderbolt 4 (for the most part) is a refined implementation of Thunderbolt 3's capabilities with higher minimum requirements, a stricter certification process, and USB4 support.

In time, Intel may push Thunderbolt 5 to create a successor to USB4, let's call it USB5, delivering their standard to the industry at large. Why would Intel give away Thunderbolt 5 to create USB5? The answer is simple; Intel creates the standard, comes to market first with supported hardware, and later benefits from a larger ecosystem of compatible high-speed devices. Intel's competitors will be unable to create USB5 devices before Intel creates Thunderbolt 5/USB5 devices, Which is great marketing for Intel. We can already see this today with Thunderbolt 4 and USB4.

The good news today is that Thunderbolt isn't dead. Intel's working on a faster interconnect standard, and that is good news for the industry. 80Gbps is roughly equivalent to four PCIe 4.0 lanes, which is more than fast enough to allow today's 7Gbps PCIe 4.0 NVMe SSDs to run at their top speeds over Intel's hypothetical Thunderbolt 5 interconnect. Now that's fast!

You can join the discussion on Intel's plans for Thunderbolt on the OC3D Forums. 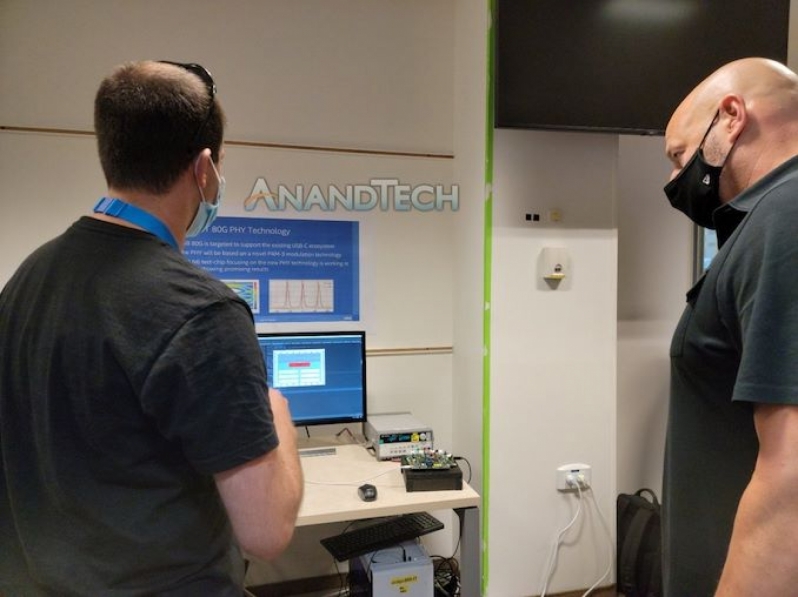 NeverBackDown
It'll be even more impressive when DP takes the bidirectional lanes into a single uni directional connection and we get 160Gbps bandwidth for monitors. Now that would be superb!


On the other hand I think it's more realistic to get external PCIe 4.0 drives than any of those monitor tech I listed above

Does make one wonder why you would even want HDMI at that point. Less versatile.Quote

looz
I wonder what the maximum cable length will be - 20cm?Quote
Reply