Thunderbolt has always been superior to the USB standards of the time, but it has always had many roadblocks that prevented widespread adoption. First, there was the fact that the standard used a proprietary connector, which made Thunderbolt a closed ecosystem. Thankfully this issue has been fixed with Thunderbolt 3, which adopted the USB Type-C interface, allowing all Thunderbolt 3 devices to also function as USB devices, but again this was not enough to encourage widespread adoption.
Today Thunderbolt has two issues, first that users are required to pay Intel royalty fees and secondly that it required system/component makers to integrate a Thunderbolt 3 controller into their systems, which adds additional costs and complexity to systems.
Intel plans on addressing both of these issues, by removing the royalty fees from using the Intel standard and plans to integrate Thunderbolt 3 support into future Intel chipsets, allowing system makers to add Thunderbolt 3 support to future Intel motherboard platforms and systems without the need to add a Thunderbolt-ready chipset to the system. 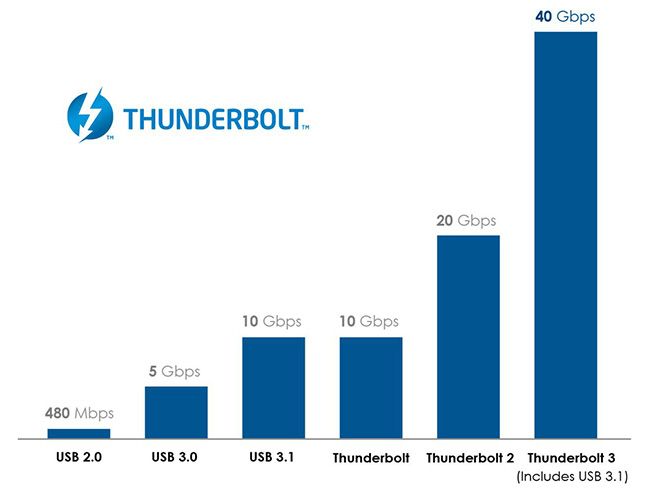 These changes will make it much cheaper and easier to bring Thunderbolt 3 support to devices, though at this time it is unknown how much of an impact this will have on Thunderbolt's adoption rates. Right now there are not many applications that require the full bandwidth of Thunderbolt 3, with USB 3.1 being suitable for most use cases, so it is difficult to see Thunderbolt be used for anything other than niche devices like external GPUs or dual 4K display outputs.

You can join the discussion on Thunderbolt 3 becoming a royalty-free standard on the OC3D Forums.

Surpuppa
What is the difference between Thunderbolt 3 and USB C?Quote

WYP
Quote:
The interface is the same, but Thunderbolt 3 is up to 4x faster.

Sliced
Quote:
TB 3 is 4x faster than USB 3.1.
TB3 can be connected to a lot more things. Screens, HDDs, GPUs, networking, sound cards, headphones, displays, nearly anything you can thinks of.
It can be daisy chained 6 times (depending what you're using). So you can have one port plugged into your screen which plugs into your printer, which plugs into a HDD, then plugs into another HDD, then your sound card and finally headphones. That is if they all have 2 TB ports.Quote
Reply