Are these the lowest latency mice in gaming?

On the company's Reflex technology webpage, Nvidia has released a list of mice compatible with their Reflex Latency Analyzer tool. These mice meet Nvidia's latency and responsiveness characteristics, which are designed to ensure that their latency analysis tools deliver consistent, usable data.

Nvidia's Reflex ecosystem is designed to give gamers the lowest possible input latency. With these mice having certified Reflex compatibility, Nvidia has officially added their seal of approval to these mice, cementing them as great choices for PC gamers that use Nvidia hardware. Sadly, Nvidia has not revealed Nvidia Reflex Compatability's hardware requirements, though it is likely that latency and consistency are key factors. 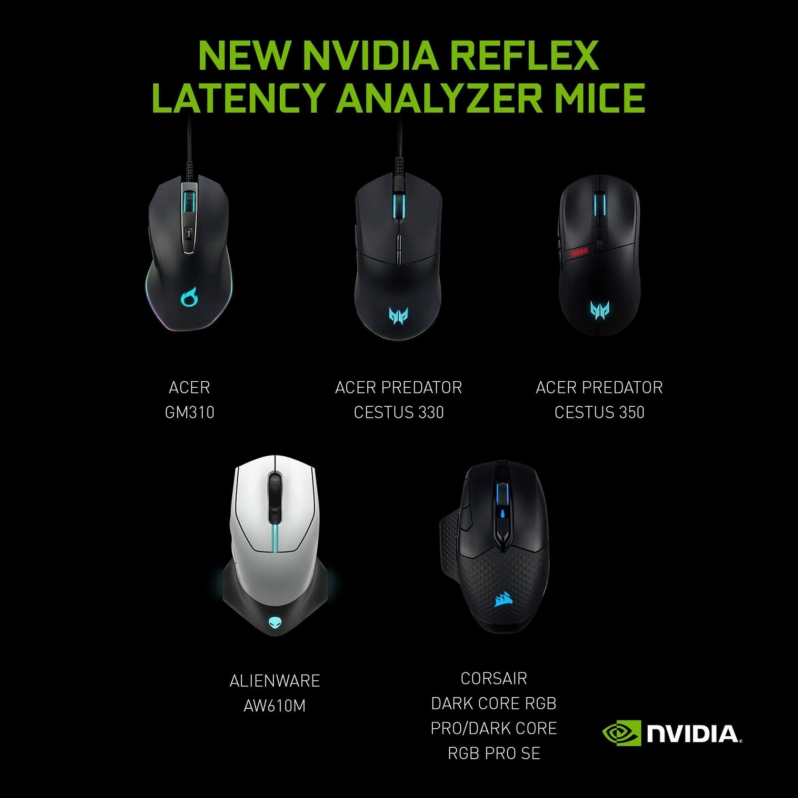 You can join the discussion on Nvidia revealing a list of Reflex Compatible Mice on the OC3D Forums.

AlienALX
yay, mine is on there.Quote

looz
Interesting to see so many wireless mice there, one would think Reflex requires fully stable latency. My understanding about modern wireless mice is that while the latency is low (<3ms from mouse), there's a fair bit more variance than with wired ones. I guess that's not the case.Quote
Reply