addlink, the Taiwanese technology company, has just revealed its first AddGame branded overclocking memory, launching with both RGB and non-RGB models and memory speeds of up to 4600MHz.

What follows is Addlink's Press Release. 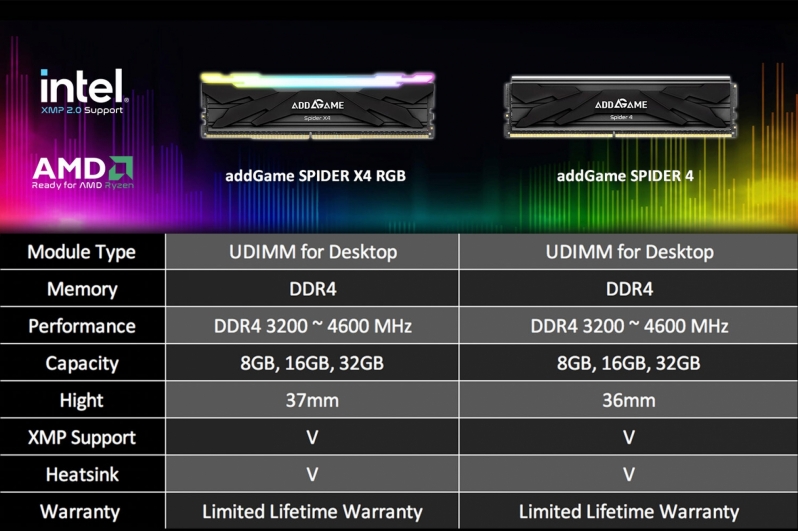 Building on the success of the AddGame series (A division of addlink Technology Company), addlink is proud to announce Addgame’s latest high-performance overclocking memory, SPIDER 4 and SPIDER X4 DDR4.

Spider 4 also provides speeds up to 4600MHz paired with quick CL16-CL20 latencies. Not only is the ICs were tested under the most stringent conditions, but the pure aluminum heat dissipation was also proved to maximize cooling for the ultimate performance.

AddGame Spider 4/X4 are designed for heavy gamers and hardware enthusiasts. Both models have a low-profile design that can fit into most motherboards even with small chassis systems, e.g., mircroATX and mini-ITX motherboards. Spider 4/ X4 have passed 100% factory tests at product speeds, supported by a lifetime warranty, Intel XMP-ready for easy on-step overclocking and are compatible with the latest Intel/AMD platform.

Spider 4/X4 are now available at authorized addlink distribution partners and will be available on Amazon in August 2021.

You can join the discussion on addlink's AddGame Spider 4 and X4 series DDR4 modules on the OC3D Forums. 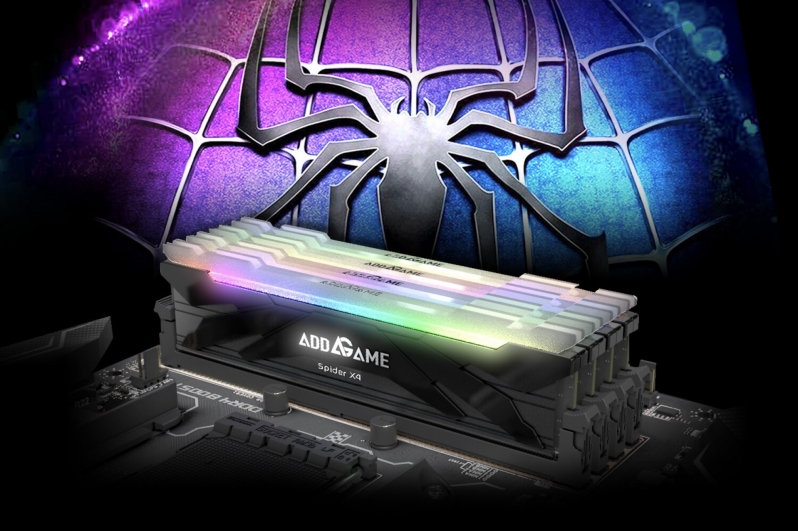