Asgard launches their first DDR5 DRAM modules - Up to 128GB per module at 4,800MHz speeds

Asgard launches their first DDR5 DRAM modules - Up to 128GB capacities at 4,800MHz

The Chinese manufacturer Asgard has revealed its first DDR5 series DRAM modules, which (according to IT HOME) will be compatible with Intel's 12th Generation Alder Lake series processors.

These modules are not currently in mass production, though they are expected to start mass production in preparation for the launch of Alder Lake and Intel's 600 series motherboards. Rumour has it that Alder Lake will launch in December 2021.

Asgard's DDR5 modules will reportedly release with 32GB, 64GB and 128GB per DIMM capacities, operate at 1.1v and speeds of 4,800MHz. While this is considerably faster and more efficient than today's DDR4 modules, the CAS timings of these modules leave a lot to be desired at 40-40-40.

Intel's Alder Lake architecture is likely to be the first x86 CPU architecture to support DDR5 memory, with AMD likely following suit in 2022. While Asgard's baseline DDR5 memory will be heatsinkless, more premium modules are expected to ship with heatsinks, higher module speeds and tighter CAS timings. When other manufacturers start shipping DDR5 memory modules, we can expect to also see modules with RGB lighting and other visual add-ons. 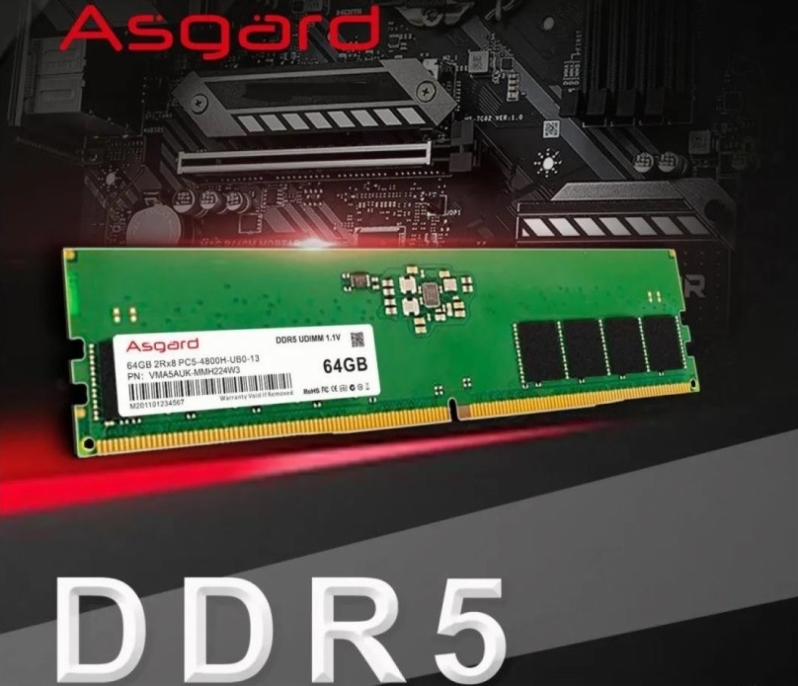 You can join the discussion on Asgard's DDR5 DRAM modules on the OC3D Forums.

looz
I hope there will be modules far surpassing JEDEC, since tuned b-die is in another league for now.Quote