DRAM prices have increased significantly in 2017

Over the past year, the PC industry has seen considerable increases in both DRAM and NAND prices, making several computer components more expensive to produce. In this case, supply has not kept up with increasing demand, with PCs, mobile phones, home consoles and other products using more RAM and NAND-based storage than ever before.

Chinese regulators have now opened a price-fixing investigation with Xu Xinyu, a senior official within China’s National Development and Reform Commission’s (NDRC) stating that they have “noticed the price surge and will pay more attention to future problems that may be caused by ‘price fixing’ in the sector”.

Price fixing is when supply is intentionally tightened to increase demand, resulting in an increased price for DRAM and higher profit margins for producers. In this case, China believes that companies like SK Hynix, Samsung and Toshiba may have coordinated to push the prices of DRAM and NAND as high as possible, having a knock-on effect on all products that use DRAM and NAND-based memory.

This investigation also comes at a time where several Chinese companies plan to enter the NAND market, though these companies are not expected to gain a significant market share due to their current inability to product modern 3D NAND like other major manufacturers. These technological disadvantages will limit their growth potential, especially as today's supply issues are alleviated. 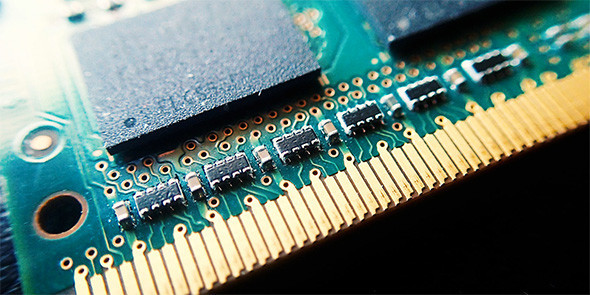 If the NDRC finds evidence of price-fixing, the companies responsible will be penalised by the Chinese government, though at this time there is no proof to support these claims.

In 2018, the supply of NAND is expected to increase significantly, with most memory producers increasing production by expanding production lines or opening new facilities.

You can join the discussion on China's investigation into NAND and DRAM price fixing on the OC3D Forums.

Linchpin
Here's hoping they nail at least one of the big companies to the wall.Quote

Greed should be a crime.Quote

Kei
I remember buying a 2x 4GB set of DDR3 for a whopping £25. It's gotten really daft now.Quote
Reply